Home
Sports
The Top 16 Sports Movie Villains of All Time 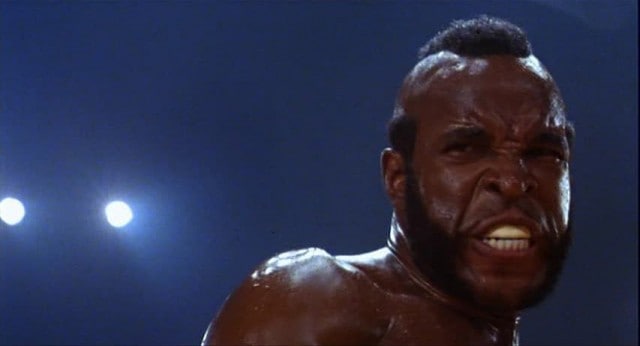 It’s my opinion that Clubber Lang is easily one of the best if not the best sports movie villain of all time. And it got me thinking. Have there been any sports villain lists? Yeah, there have. There have actually been plenty. But I will admit this. I was one of the first. I wrote this back in 2008 and it still holds up today. Plus I think many lists still forget some key villains that I’ve included. And speaking of Rocky movies, was Apollo really a villain in Rocky? He was more of a villain in Rocky II. Definitely took on more of an enemy tone. In the first one he was actually diplomatic (even though it was an act). In any event, here’s my list of sports movie villains, all 16 of them.

Played by Ted Knight. “I guess you don’t, I guess you don’t.” Man I love when he says “How about a Fresca?” You just can’t beat Ted Knight in this role. He’s absolutely amazing. Just his waspy, snotty way. It’s so perfect for a country club spoof movie. The movie never would have made it without him.

Rod in Breaking Away

Played by Hart Bochner. Really? His name is Hart Bochner? You might also remember this guy as the cocaine sniffer Ellis in Die Hard. In Breaking Away he plays the rich boy Indiana student who harasses the main characters calling them “cutters.” Great scene is when he swims against Dennis Quaid. That and when he loses the bike race at the end.

Played by Dolph Lundgren. “If he dies, he dies.” Enough said. OK fine. “I must break you.”

Charles Comiskey in Eight Men Out

Played by Clifton James. It’s a toss up between this guy, Rachel Phelps, and The Judge (both featured in this list) for who is the scummiest baseball team owner. It’s definitely a close race. This movie made Comiskey out to be the cheapest owner in history. 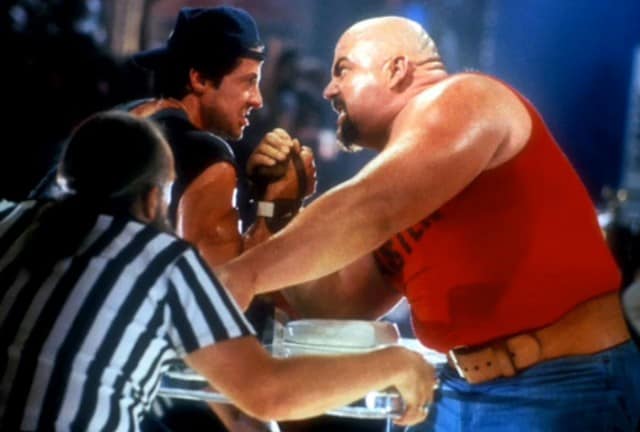 Bull Hurley in Over the Top

Played by Rick Zumwalt. Yeah, like that little over the top move would really work against this guy. Come on guys. Still though, his character absolutely rules. “I ownnnnnnn you!!!!”

Played by George C. Finn. For some reason I always call him Carl Racki. It just sounds right. Best line from him? “I’m gonna shove that stick right up your…..” But he says it with a really thick Canadian accent. It’s priceless. I love how he actually gets beat up by Rob Lowe. Come on! You also gotta love that Keanu Reeves played the goalie in that movie.

As I said in the beginning, I don’t think Creed was really a villain until the second movie. In the first, Creed appears to have sympathy in giving an unknown a shot. He’s not mean to Rocky until the sequel.

Played by Peter Vuckovich. “How’s your wife and my kids?” Haywood was the Indian killer throughout the movie until Sheen shuts him down at the end.

Played by William Zabka. A description just couldn’t do justice to describe all that is Zabka. If you want to consider Back to School a diving movie then we can throw him in there as well. 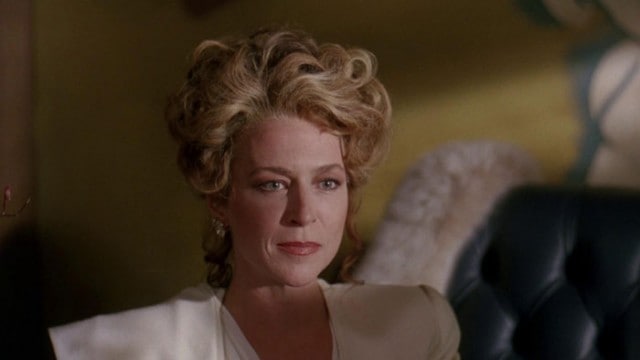 Played by Margaret Whitton. You gotta admit. She was cold hearted in this flick. And she certainly deserves the title of villain. “You should feel lucky I can still afford to pay your salary.”

Played by JT Walsh. “We owe it to him!” “Pete…..I own you.” The sadistic, hot chick getting alumni wants Pete Bell (Nick Nolte) to get with the program and buy kids into the basketball team. The whole movie you can tell what a slimeball he is. Incredibly well played by Walsh.

The Judge in The Natural

Played by Robert Prosky. One of the downright dirtiest executives in baseball movie history. The guy paid off more than half of his players to lose. Not even Rachel Phelps did that.

Played by Christopher McDonald. I think this about sums it up….

Played by Mr. T. “I’m gonna bust you up.” “Predictions?……Pain.” And while these lines are incredible it’s amazing when he taunts Rocky at the unveiling of the statue. “Why don’t come over to my apartment tonight, and I’ll show you a real man.” You know Adrienne liked it. In real life Rocky wouldn’t have had a chance against this guy. He’s all man.

Played by Jon Voight. Man was he was just evil in this. Great work Mr. Voight.