Home
Movies
The Top 5 Uses of Metallica Music in Movies 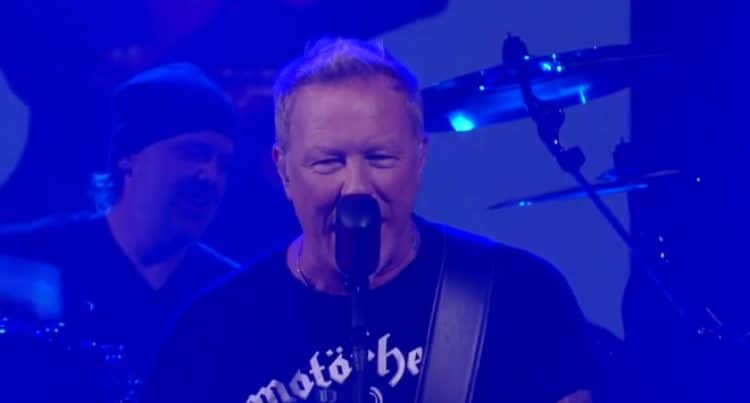 If you’re a fan of Metallica or have ever been then you know all about the thumping, pulse-pounding adrenaline that can be sent screaming through your veins when their music is added to a soundtrack. With some films it might not make a lot of sense but the feeling that it gives makes it less awkward and more endearing simply because it does fit in some way. Metallica just can’t go wrong in most films, unless of course you’re trying to wedge it in somewhere in a Care Bears movie or something. It might even work there depending on the situation being depicted.

Here are a few other films that have benefited from the inclusion of Metallica into their soundtracks.

X-Men fans know that this movie deviated quite a bit from the original story, but in this particular scene when Apocalypse is summoning yet another one of his horsemen Metallica’s song blaring in the background sets the mood as Angel is slowly, and painfully, turned into Archangel. The music is a powerful addition to the transformation as the newly established horseman assumes his place.

4. For Whom The Bell Tolls-Zombieland

Ever wonder how such ridiculous movies get so much attention? Â Well to be honest, Zombieland wasn’t the worst of the bunch, and it had an awesome if somewhat gruesome opening. It might be a safe bet to state that the movie hooked enough willing viewers simply because of Metallica’s pulse-pounding opener that set the tone for a film that almost felt like it died several times throughout its length. Ah well, at least the intro was awesome.

3. The Big Short-Eye of The Beholder

So in all honesty this track didn’t really fit with the movie, but it definitely fit with the character. Christian Bale’s role in this film, that’s based on the very real crash that happened close to a decade ago, is kind of an oddball, but an oddball that knows things. His use of metal throughout the film is a form of meditation that others might call a wee bit eccentric, but in keeping with his enthusiastic performances it seems to fit.

Of all the wild, teenage films ever made this one seemed to take the partying, violence, and mayhem straight to the stratosphere without slowing down for any plot lines or story arcs along the way. That might be why the energy of Battery is more of a tribute to the film than anything. It simply does not stop until the last teen is ready to run for the hills and the thrill ride has finally ground to a halt.

So you want to join a fraternity? Better make certain you’ve got a handle on just who you’re dealing with, otherwise you might find yourself being chased down by a bunch of crazies in stocking masks rolling in a B-version of the A-Team van. Master of Puppets just adds to the overall hilarity of this film and how the three founding members of the budding fraternity go about “collecting” their pledges. Lamda Epsilon Omega rules!

Metallica is the type of band you either love or don’t, there’s not a lot of middle ground and truthfully, the most devout fans don’t take those fence-sitters seriously. If you want a movie to rock and kick some serious butt, Metallica is the band to go to for an awesome soundtrack.