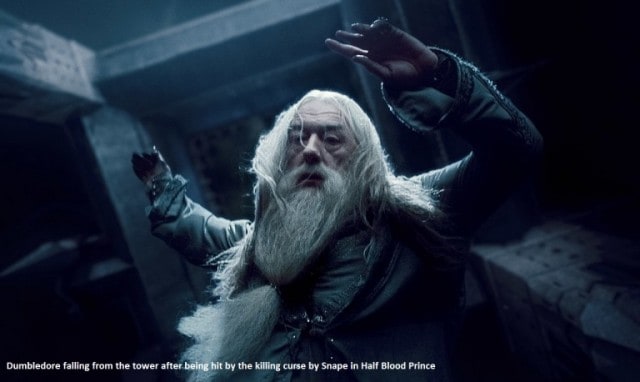 I remember when I first started reading Harry Potter it was like going into a new world. But, then the movies came out and I sank even further into the world. There were some differences, as there always are in Hollywood adaptations, but mostly they were acceptable. Oddly enough many of us started reading Harry potter at the same age as the characters in the book. And call it coincidence or planning, when the final books came out the age difference wasn’t really that great. So, in some cases we grew up with the whole series. The whole series had many things to teach us, but sadness was a part of it all. After all, the story grew progressively grim. While we wait apprehensively for new releases later this year, let us revisit some of the saddest parts from the movies.

Hermione’s Petrification in Chamber of Secrets

The first truly sad occurrence was in the Chamber of Secrets when Hermione Granger gets petrified. And many a young heart came to the mouth in the first screening.

For me personally, one of the saddest parts from the franchise was from Prisoner of Azkaban, when after discovering that Harry could finally escape the abuse of his Muggle Caretakers and live with his Godfather, he couldn’t do so in the end. Somehow that stuck a deep cord within. Just the times they could have hand. But, it was never meant to be.

We may have mixed feeling about Robert Pattinson’s character in Twilight, but his performance as Cedric Diggory was excellent. It was this that made his death even more tragic. Contributing to the whole situation was the fact that he was the rightful champion of the tournament and at the epitome of his achievement as student he dies. The death wasn’t even out of some necessity, but he was killed off as an inconvenience. 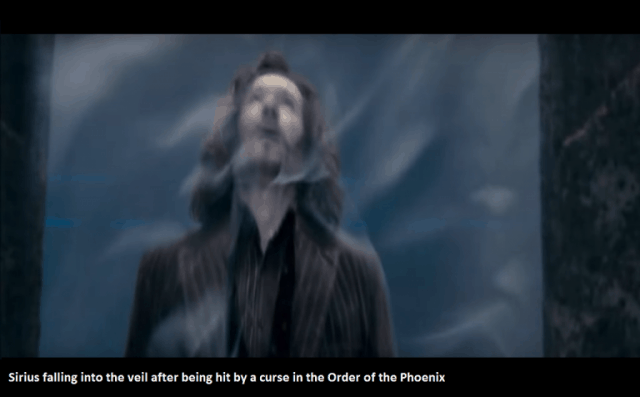 He did not turn out to be the greatest of godfathers but there can be no doubt that he had great love for Harry. There were many things wrong with the fifth part, but the scene of his death was a masterpiece. He had a smile on his face as he fell through the veil. To many of us, it was the last trick played by Padfoot on the world.

If fans held back their tears, in all the above scenes, this was a place where people openly cried. Dumbledore is considered by many to be one of the most powerful, wise, and intellectual characters from the genre of fantasy fiction. He called the shots, often dealing with things using his intellect rather than his massive magical prowess. Only the book readers knew the true tragic nature of the death, as they also knew of his history from the books. In the end he sacrificed himself for the greater good a thing which he had been a proponent of since his earliest years.

The Deathly Hallow adaptations have many tragic deaths and we feel that there should be separate article on them. But, we have selected two of the most well remembered ones from it.

There hasn’t been a greater turnaround for a character than one by Snape. Although, in retrospect he could never really be called evil in all the books, but the fact is that we were most of the time reading through Harry’s perspective and due to it we were biased against him. Here is a love story that needs to be immortalized forever. His death was tragic on so many levels. After Dumbledore, he was the true last protector of Hogwarts, even though at the time everyone considered him to be evil. And his love for Lily transcended all boundaries, in turn protecting Harry.

The Reprieve of Hogwarts Battle 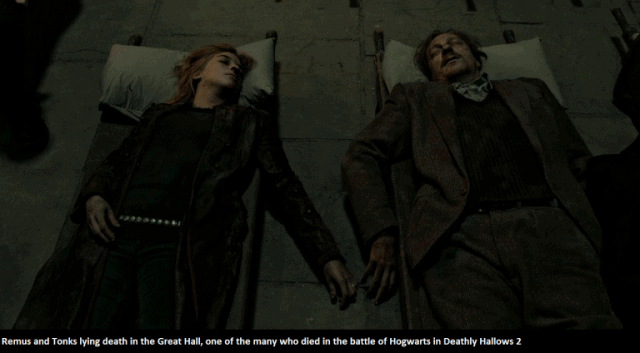 This is the scene where the Hogwarts battle stalls and the dead are being accounted for. There were just so many characters that died. Fred, Lupin, Tonks, and the Creevy brothers were just a few of the well-known ones. It was gut wrenching and tissue paper boxes were emptied that day.

Let us observe a moment of silence for all the fallen in the Harry Potter series and a special one for Alan Rickman, who is with us no more.