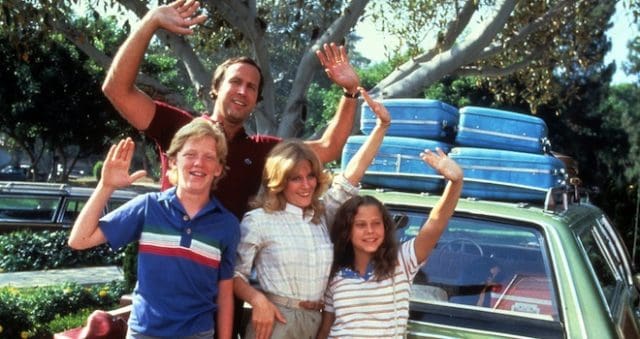 Beverly D’Angelo is one of those classic actresses that never really seems to go out of style no matter where she pops up. The last time I saw her was in the ill-fated Vacation movie that featured Rusty Griswold and his family as they made their way across America in an effort to relive the magic that was the original movie. Of course things didn’t go as well and in fact even went worse since the movie had to at least try and top the first one.

It’s not much of a surprise that it didn’t.

She gets to play the love interest to the lead character in this film as a showgirl that’s madly in love with the outlaw Lightning Jack. The film didn’t get that great of reviews and in all honesty was funny but nothing to write home about. It was good for what it was and was easy to forget about, but anything with Beverly D’Angelo in it automatically gains just a little more credit since she’s always a delight when it comes to her acting.

Ellen puts up with a LOT in these movies. Clark wants everything to be perfect and he does his absolute best, but no matter what something always seems to go wrong despite his carefully laid plans. Ellen is the kind of woman that stands by her man because she see’s it as a duty as a wife, just as she wants him to see his duty as a husband to be a provider and to not flip out on people when things go south.

When an escaped prisoner is hired by a well to do family as a babysitter for two very spoiled kids she has no idea how to handle things until she stars laying down some ground rules. It’s odd how someone on the run and in need of a place to hide could actually come up with a bit of good advice and seem like a person. But of course that only happens in the movies, since in real life the chances are this person would be in the wind the moment they had the chance.

Doris strikes me as the get along to go along type in the beginning of the movie’s flashbacks. She knows that her husband has a racial bias against other people but she lets it go because he’s her husband and the father of their children. But when Derek is consumed by it she begins to break down and can’t handle it completely. At one point she even kicks him out of the house, to which he replies nonchalantly that he’ll be gone the next day.

Maybe it was the fact that she was younger for this Vacation movie but she was a lot tougher when it came time for it. Anyone that can tell their own aunt to get back in the car before she belts her in the nose is tough in my book.

She’s got a lot more talent than people give her credit for.