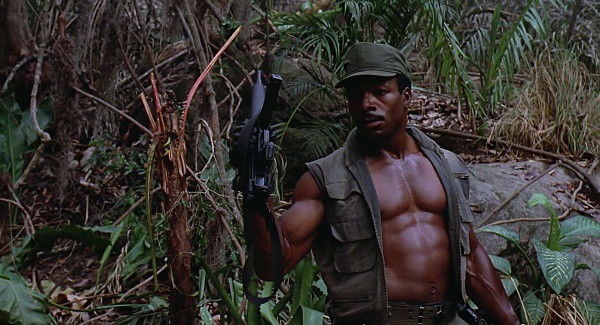 You might wonder why Action Jackson and Rocky 2 don’t appear on this list in reference to Carl Weathers. The answer is pretty simple, this is a ‘best of’ list’, and while those roles were pretty good those listed below are just flat out awesome. Weathers is the kind of guy that was built for action and has the kind of brash yet intelligent mind and the attitude that make him perfect for being the person that goes out with guns blazing and a ‘shoot first ask later’ mentality. He’s not a dumb man by any means, he’s a thinker, but he puts his weapons to the job at hand while he’s thinking of the best way to get the job done. That being said he’s been in a host of action movies where he’s always one step ahead of the others around him until he gets hit, either metaphorically or literally. It’s then that his characters usually have to develop on the fly and adjust to the situation around them.

The best part of that is that he can act that kind of emotion out perfectly.

Boxers become old men very quickly. The punishment their bodies take is intense and depending on how many matches they have and how badly they get beaten on is usually what makes the difference between a man that retires in good health and a punch-drunk boxer that can’t remember what day it is. Then there are those that can’t face retirement and need that one last hurrah.

Chubbs was such an awesome mentor and coach that it couldn’t have been anyone but Weathers that took this role. It also showed that he has a different side to him that’s not supremely arrogant and cocksure, which was absolutely great. It’s too bad that his character didn’t make it all the way through the movie, but his loss was kind of necessary for inspiration.

Dillon’s just not a nice guy. He might have been at one point and time before he became the backstabber and liar that he is in the movie but those days are gone. The one thing that you can say about Dillon in this movie that’s impressive is the way he goes out. He doesn’t just cut and run when he knows his time is up. He goes out shooting even if he’s entirely outmatched.

Rocky and Apollo went from a hate-hate to a hate-respect to a relationship built on genuine respect. Apollo sees a man that won’t back down and he wants to cultivate that, but after losing Mick, Rocky was just too messed up in the head to think straight any longer. Apollo would be the perfect trainer, he’s got the desire to make a champion and the will to make it happen.

Let’s face it, Apollo Creed was a jerk. Worse than that, he knew he was a jerk and didn’t care. But that was a big part of his character. In the ring he was the arrogant fighter that thought he couldn’t be touched. Outside the ring he was still arrogant and headstrong but at the very least he calmed down just a little. Okay, not really, he was really just a jerk the entire movie. But he played the part better than most.

Carl Weathers could always be depended on to play the arrogant role, but that was tempered by the fact that he could also play the guy willing to admit when he was defeated.