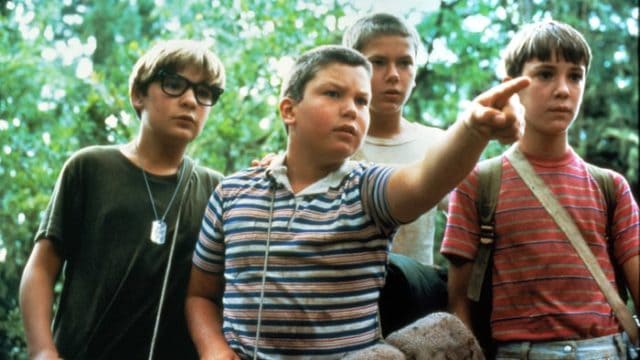 His career took a downturn a while ago when he stopped being an adorable kid actor and became an adult, but I do vaguely remember him being in some sort of voodoo zombie movie or something. He was also in an episode of Married with Children at one point as well. Barring that he went on to a singing career that’s not really panning out and is for the most part kind of an oddity. But if you listen to his story Corey Feldman, along with Corey Haim, didn’t have it all that easy growing up since their time spent as child actors seems to mean that they got passed around a lot and made to do things that scarred them for life. It’s too bad because in all honesty I happen to think he was one of the best prodigies to ever come around.

He could still be a decent actor I think, but it would take some catching up to reach the level of greatness he might have achieved.

Do you happen to remember how excited you were to get your license and how you thought that anything and everything was going to be possible once you finally got it? And then you started driving, and paying, and driving some more, and paying even more. Sure it gave you independence and made you feel cool, but it also left your wallet empty in a big hurry.

The Frog brothers have two missions in life. One is to run their parents’ comic book shop, the other is to kill vampires. They know they exist, or at least they have their suspicions, but they also know next to nothing except what they read in the comics. As big and bad as they talk they sure tend to run fast when the vampires are awake and coming after them.

So your neighbor’s dad brings home a little creature that they know little to nothing about, and it comes with a set of verbal instructions that are the only manual to how to treat the little critter. What could go wrong, right? Pete fares pretty well throughout the movie and doesn’t get eaten, which is thankful, but chances are he’d be pretty scarred for the rest of his life.

Teddy is just flat out crazy. Maybe this is what happens when you live with a loon for a father or when your dear old dad decides to burn your ear until it looks like a potato chip permanently stuck to the side of your head. Or maybe it’s genetic, who knows. But the result is that Teddy is just flat out nuts and doesn’t care. He has his calm and quiet moments but otherwise he’s a little off kilter as a rule, not an exception.

No one talks trash like Mouth, which is why his nickname is so well-deserved. In fact I think the only time he’s quiet in the movie is when he’s trying to hide a mouthful of jewels that he’s stuffed in his cheeks. You’ve got to hand it to him though, he’s the only Goonie that’s not afraid to speak his mind on a regular basis.

Corey Feldman could be a good actor again, but it might take some time.