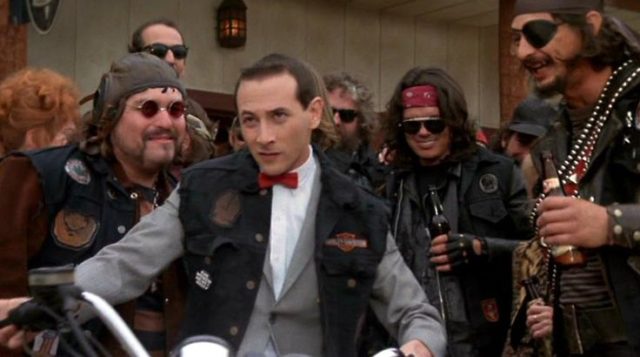 Biker gangs have gotten a bad reputation throughout the decades, but sometimes they’ve earned it. In movies they’re some of the toughest guys around, and in truth they kind of have to be. As in real life bikers in the movies often have enemies and competition for business and territory. It’s these kinds of things that clubs go to war over and eventually try to destroy each other for. In the movies though bikers are given a little more leeway to be comical and even so over the top that they appear to be unreal in some aspects. In reality bikers are as diverse as anyone.

In the movies, they’re about the last people you want to cross.

You won’t find a lot of biker gangs in movies with names like The Fluffy Bunnies or The Friendly Unicorns. They’ll most likely be as fearsome as they can be and carry around names that are meant to strike real fear into the hearts of their enemies and the people they interact with. The price for this is that they actually have to be as tough as their names sound. In this film they definitely look tough but are really a bunch of pushovers.

It’s kind of surprising at first to see Disney actually put a biker gang into one of their live action films with the knowledge that such groups are anything but cuddly and nice. Somehow though it works and the del Fuego’s come off as a dangerous and rowdy bunch but are still subdued enough to not be considered the devil incarnate. Disney has certainly changed in the past few decades.

They didn’t classify as the typical motorcycle gang but they did prefer riding motorcycles as their mode of transportation. Other than that they kind of just hung around and did whatever they felt was necessary be it robbing cars or rumbling with those that they felt had disrespected them in some way.

1. The Jackals – Beyond the Law

Charlie Sheen as a biker might have seemed a little odd, but he made it work. The biker gang in this film was about as hardcore as any film got but there were some glaring inconsistencies that bore noticing. For instance, when Oatmeal is showing him the van filled with guns and a small crate of dynamite, he leaves the doors open and, more importantly, he leaves Sheen’s character staring at the weapons. Who in their right mind leaves a stranger with their private stash of guns and dynamite? Oatmeal wasn’t the brightest bulb in the box obviously.

Often called “social clubs” Â to avoid easy detection by the police, motorcycle gangs aren’t quite the same as they used to be in decades past. In movies though they’re still an interesting look into another lifestyle.