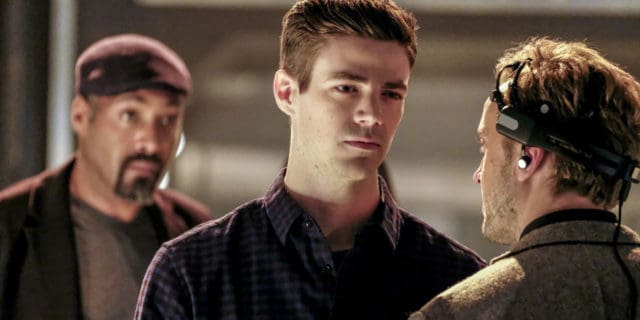 The current season of The Flash has started up once more. As a result, it is the right time to look over some of the fan theories that have been created about what interested individuals can expect from the series, which are sometimes bizarre, sometimes insightful, and sometimes both at the same time.

Here are five of the most interesting fan theories for The Flash:

Iris Is Going to Become Pregnant

Barry and Iris are now married. As a result, there are now people who suspect that she is going to become pregnant at some point in the series, not least because there is a fair amount of material that can be mined from the comic books in this regard. In short, Barry and Iris had twins named Dawn and Don in the comic books, who became known as the Tornado Twins because they managed to inherit speedster powers. Furthermore, it should be noted that Barry came out of the Speed Force at the start of Speed Force with a curious statement about needing more diapers, which can be interpreted to support this line of speculation.

Barry Will Know the Waitress At the Wedding

Speaking of which, some people think that while the wedding was the first time that Barry met that one waitress, that waitress will meet him for the first time sometime in the future. This is because they think that she is one of Barry and Iris’s children from the future, which is not as strange as it sounds when her dialogue does sound a lot like someone who is very excited at having time-traveled to an event that she knows to be important.

Barry and Iris Will Flee Into the Future

This fan theory seems to be based on something from the comic books as well. In short, the Reverse-Flash killed Iris in the comic books. After a series of related and not so related events, the Flash fled into the future, where he met a living Iris in her native time because of comic book shenanigans. After which, the two had Dawn and Don. As a result, if Iris becomes pregnant in The Flash, some people think that is going to be followed by Barry and Iris fleeing into the future for a yet to be determined reason.

There is speculation that Wally could make a move over to Legends of Tomorrow. In part, this is because said series is running short on cast members at the moment, meaning that such a move could help bring the crew of the Waverider up to a more reasonable number. However, it should also be noted that there are rumors that Wally haven’t had much of a role in the current season so far because having two speedsters on the screen would eat up too much of The Flash‘s production budget.

Reverse-Flash Will Make a Return

The Reverse-Flash is more or less guaranteed to make a return to the series at some point, though it remains to be seen what will happen then as well as what face he will be wearing. Besides this, it is interesting to note that Captain Cold is guaranteed to make a comeback as well because the actor Wentworth Miller stated that he would be filming one more episode before his contract is over.