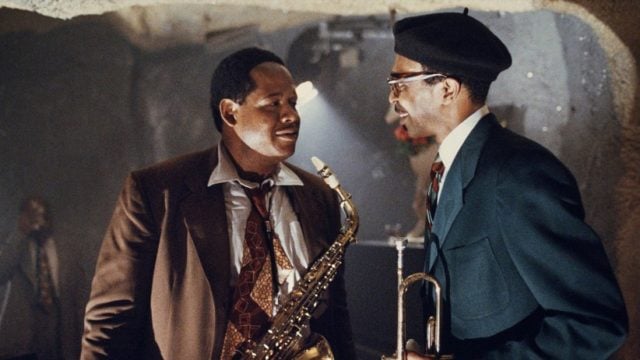 Forest Whitaker is quickly becoming a legend if he hasn’t reached that distinction as of yet. Â He’s an actor, a producer, and a director and has been a part of Hollywood for the last three and a half decades. His works have usually been something very meaningful and to the point but there have been times when he’s taken up roles that were probably ill-advised and should have been stayed away from. Of course this happens to a lot of actors and it seems to be a rite of passage now and again to see if they can at least pull off their part of what might be a seriously flawed movie. For his own part Forest has usually been able to put in a pretty solid performance.

Here’s a few of his best roles, subjectively-speaking.

He was the first to take up the role of jazz legend Charlie “Bird” Parker and under the direction of Clint Eastwood was pretty successful doing it. Forest played his part pretty well and managed to wing the Best Actor Award at the Cannes Film Festival. That’s a pretty big accomplishment for someone that had only been in the industry for about six years at that point.

When he goes hard-nosed like he does in this role he can be extremely impressive. Southpaw was more about Billy Hope than it was about his trainer, but without Tick Billy likely wouldn’t have gone as far or managed to win his title back. Despite not coming in until later in the movie Whitaker put in a great performance that was easily one of the best parts of the movie.

Many would view this role in a different light depending on their life experience and how they view such situations, but there is a very real need to be impressed by this. A man that has spent over three decades of his life in the White House would have been made privy to all sorts of things that others would never know. Simply walking away would be a tremendously life-altering decision.

When his friend George starts showing the strange and unusual changes that he’s gone through in accordance with an unexplained phenomenon, Nate is one of the only people that still stick by him. Nate’s that kind of friend that might be creeped out by something this different but he still remembers that he’s your best friend and won’t bail on you.

1. Rogue One: A Star Wars Story

I’m going out on a limb with this one because I am a Star Wars fan and I know a lot of diehards didn’t like this movie. But as Saw Gerrera, Whitaker managed to give this film a little more class and a little more humanity. The character is definitely flawed, but in that way he’s far more human than a lot of them and is therefore a lot more believable. That’s why I picked this movie.

In any case, Forest Whitaker is an awesome actor.