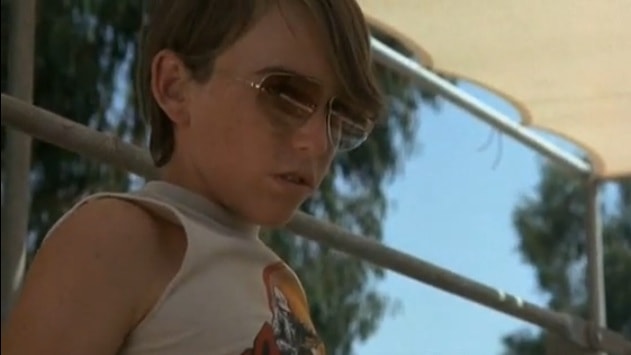 Jackie Earle Haley is the kind of guy you look at and think he’s either bound to be a tough guy or the guy you don’t turn your back on, or both. It can’t be helped really, he’s got that kind of face that screams “rat” even if he’s a nice guy in real life. In film he’s either been a tough guy or the last person you want to trust just because his characters always seem to have an agenda that has nothing to do with what other people want. He’s a good actor but he’s very underrated and needs a little exposure to be truly great. If he was to land a role that would really let his talents shine then there’s no doubt that he might become one of the better actors around.

Here are a few of his better roles.

So to start with, Rick is kind of a jerk and doesn’t have any faith at all in the Robocop program. He’d prefer working with robots that have no human brain driving them and are completely under his control. He also has no qualms in telling Robocop just how he feels about him and what he’ll do if the program doesn’t meet his standards. Thankfully he’s beaten during the test run and can’t say much against it any longer.

This was a highly anticipated attempt to reboot an old horror favorite that went completely awry. It wasn’t so much Haley’s fault as it was the script. He did his part to make Krueger a scary and nasty individual yet again but the problem was that some movies should be left alone, especially those that already have a cult following and extremely high expectations.

This was undoubtedly one his best roles since it allowed him to be a loner and part of a group all at once. Plus, he got to be the tough guy that didn’t like relying on anyone else and was possessed of a very strict sense of justice. He died very poorly but in the end it was something that he wanted, since he just couldn’t bear to live in a world that was essentially run by corruption.

This is number two on the list largely because it really plays to Haley’s strengths as a crazy-looking individual. He’s the prisoner that seems to know more than he should and the guy that tries to clue Leo’s character in to the fact that he’s just another prisoner, another lost soul that doesn’t know what he’s doing and doesn’t understand what’s going on.

It’s hard to believe that this is Haley simply because he was so young back then and looked so different. But the attitude that would go on to endear him to other roles was already there and his customary sneer was well on its way to becoming what it is now. As part of the Bad News Bears he was reluctant to join up, but eventually he came around and became one of their greatest assets.

Give this guy a worthy part and he should be able to produce something easily worth watching.