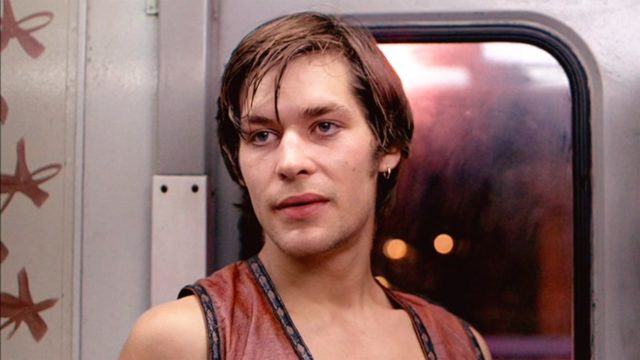 James Remar is another actor that might fly under the radar at times because let’s just say it, he’s a supporting actor. Rarely is he given a starring role and really a lot of people seem okay with that. He’s not really a leading character to be honest and as a support for the leads he’s actually a whole lot more believable. Sometimes the supporting actors don’t get enough credit but in truth they are sometimes the unsung heroes that need a little more recognition. James Remar is one of those considering all he’s done in the film industry, not to mention TV and other projects.

Here’s a few roles of his that show why he’s such a great actor and why he shouldn’t really try to break out into the leading role.

Ajax is kind of a jerk really, and he’s not much of a ladies man. Plus he’s not all that bright. True, one can’t always tell who the cops are, but if a woman is really going on about you not touching her and shows absolutely no fear….well, like I said, he’s not that bright. He was an important part of the story, but obviously not that important.

We know by now that Remar can play smart roles, and he can also be extremely brutal in his delivery. But once again his roles don’t always paint him in the best or smartest light. Ganz is about as mean and ruthless as they come, but running at a guy with a gun without taking the time to switch your pistol to the other, uninjured hand seems a little on the dippy side.

3. Warren Feur – What Lies Beneath

Ah, now we get to see a role that Remar seems comfortable in as it’s the role of an intelligent man. Unfortunately he’s also a difficult character to get to know because he’s the type that likes his privacy and doesn’t like other people snooping on him. To be honest most of us don’t like people looking in our windows, but when he’s finally confronted you find out that he’s actually a nice guy.

Yes the irony is very thick in Tarantino films. In fact it seems to be a quality he likes to practice on a regular basis. Remar lucked out in this film and got to play two characters, one that gets killed by Dr. Schultz in the beginning of the film and another that gets to kill Dr. Schultz in turn. Tarantino likes to use the same characters over and over but this is one of the few times that the same man is in the same film as different characters.

So James Remar isn’t lead material, that’s not a big deal. What’s a big deal is that he found his niche a long time ago as a support, and has been killing it ever since.