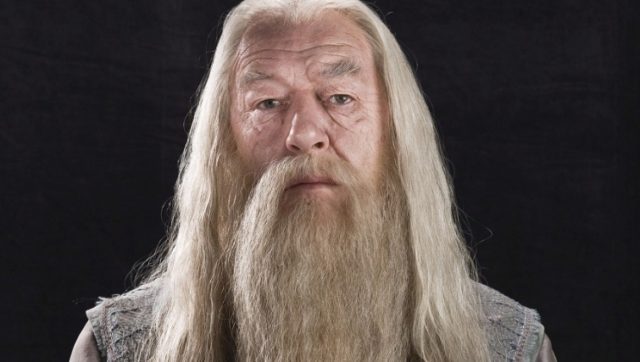 There is of course just one role that a lot of people know Michael Gambon in as of the past decade, and it’s a role that elevated him into the hearts and minds of millions of fans even if his look was a great deal difference than the man whose shoes he had to fill, Richard Harris. The unfortunate passing of Harris necessitated a replacement for the gray-haired old headmaster of Hogwarts and Gambon fit the bill perfectly. Yet he’s also been great in several other roles that a lot of people don’t seem to recall or have actively forgotten.

It’s kind of hard to picture him without a beard now isn’t it?

George is one of his creepier roles since he and his wife are survivors of the apocalypse but are far from the innocent but eccentric couple they appear to be. It turns out that not only is the house armed to the gills with weaponry but the old couple have turned to cannibalism in order to survive as well. Once Denzel and Mila figure this out they try to make their getaway only to find that their pursuers have found them.

It’d be kind of a shock if your father was on his deathbed and left the toy company he was so proud of to his war-like brother who can’t stand the toy business. Leland is all about war toys and the military and has no time for frivolity and fun. In fact he even takes over a part of the factory for his own special war toy division and eventually forces Leslie to fight back or lose the company.

Denton Baxter is the kind of guy that wants everything to go his way and everyone to fall in line. Those that don’t are bound to find out just how much of a temper he has and how well it can be backed up by the money he can pay to hire mercenaries and tough guys to come in and make life miserable for everyone. That’s the kind of guy that can’t do much for himself but can buy pretty much anyone’s loyalty.

Sleepy Hollow is a place built on lies and deception in this movie as Baltus is perhaps one of the many that has profited from the retelling of a tale that has made rich men out of paupers with nothing to lose. As dark as that might seem he’s a man that still tries to protect his family and in the end is killed because of something that happened long in the past, a secret he attempted to forget.

By far and large this is how people know of Michael Gambon by now since Dumbledore became a rather dynamic character even after Richard Harris had to be replaced. I can recall hearing a great many fans crying out that this was not the Dumbledore they wanted, and yet those same fans now cannot help but admit that Gambon brought a very distinct personality to the aged wizard.

He’s a man of great talent.