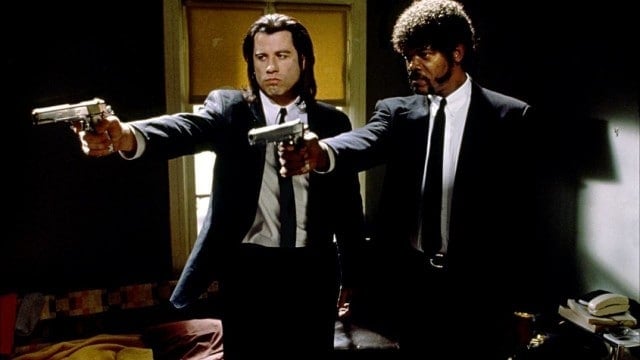 Welcome back to the Yelling Game! Our contestant today is Samuel L. Jackson, one of the premier yellers of all time. If you’ve watched any of his films, and statistically-speaking it’s almost impossible that you haven’t by now, then you know that when this man opens his mouth he can truly let loose with a tirade for the ages. Now a lot of it might be expletives that are fun to listen to when he’s at the yelling helm, but there are also those in which his temper is high and his eyes are almost bugging out of his skull are just as awesome. Â So here we go for another round, and possibly one of the most memorable.

As Stephen he is just downright nasty and cantankerous and doesn’t care who knows it. In the true style of Tarantino there are plenty of expletives and racial slurs being thrown around. Keep in mind this is something that Jackson does in a lot his movies, but none so much as in a Tarantino film. In these movies he gets to go buck wild with the language and give it everything he’s got in the process.

This would have been a really motivating speech if not for what came when he was getting really ramped up. Most sharks couldn’t possibly jump that far out of the water with such pinpoint accuracy and most of them wouldn’t either. But these super sharks are highly motivated to keep these people moving as they continue to flood the aquatic habitat and essentially give the sharks what they want, freedom.

Shaft is the kind of guy you don’t want to run afoul of and if such a thing ever happens you do your best to say “I’m sorry” BEFORE he pistol whips you a few times. That’s not to say that the guy he’s going after in this clip didn’t deserve it all, but being whipped again and again up against a cement wall would put most guys on the ground with a broken jaw, cheek, eye socket, or something.

2. Star Wars: Revenge of the Sith

You know the only problem with this sequence? Palpatine took down four Jedi Masters, MASTERS, all by his lonesome. It didn’t make sense in the book or the movie, but at least the final showdown affirmed that Mace Windu really is just that awesome. If not for Anakin the galaxy would have been a different place and we probably wouldn’t have had the same kind of Star Wars. Sorry Mace.

And here we are, the one among many that kind of defines Samuel L. Jackson at this point. This is the one speech/quote that people will remember for ages to come because it kind of set the tone for the movie and was one of his absolute best scenes in any movie, EVER. If you’re cold enough to lay down some biblical scripture before you ice a guy then you know you’re one bad, bad man.

And you will know, that his name is Samuel L. Jackson!