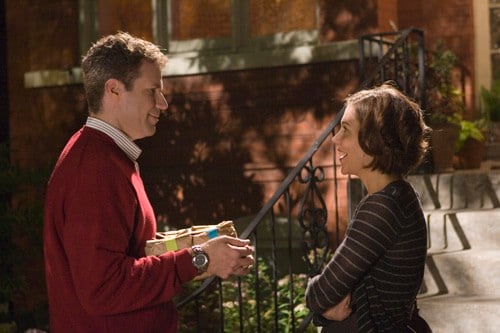 Will Ferrell is a pretty good actor, but there are moments during his comedies that he kind of falls flat if he doesn’t have a costar to back him up. He’s a funny guy but so often he relies on loud, verbal humor that it goes so far over the top that the role just doesn’t seem fun any longer, at least not to watch. But when it comes to drama he can actually make people like him since he’s good at creating a scene in which you can follow and believe the emotions he’s selling. The one thing that anyone might say about him is that he knows how to pack an emotional punch into anything he does, it’s just a matter of how big that punch is going to be and how it’s going to be received. He’s a good actor, when he reins himself in.

Here are a few movies that show that he can tone himself down.

This film is about a young woman that is seeking to connect with her father, who is very withdrawn from the world. He’s a writer so that’s at least a little understandable, but Ferrell plays a man that helps take care of the writer and in doing so is kind of awkward in his own way. It might seem a bit funny in stretches but overall he’s a much more dramatic figure.

At times Ferrell can seem to kind of fade into the background but once he starts talking you tend to notice that he’s there even if it’s for just a moment. His presence is undeniable in most films since he tends to stand out in more ways than one. However in this film he’s mainly a supporting actor and doesn’t seem to have much more than a temporary role.

He’s good at being a leading man when he’s got a well-defined and capable script to work from, and of course has someone that can keep his character on an level playing field. The moment that he’s all by himself Ferrell seems a lot more challenged when it comes to carrying the movie on his own, as despite the fact that he’s a capable actor his presence kind of diminishes without anyone around.

This is billed as a comedy instead of a drama but the fact remains that the level of competition and the issues between Ferrell and Duvall in this film makes it a lot more dramatic than anything else. The lengths to which they go to assert dominance in this film make it a lot more apparent as a serious movie than any comedy I can remember watching.

Every writer should watch this movie at least once. The act of creating a character and then dictating their life takes on a whole new meaning when that character begins to speak back. Ferrell is a very special actor since he knows how to act but at times just sails wide of the mark.

It doesn’t always work, but when it does it’s something great.