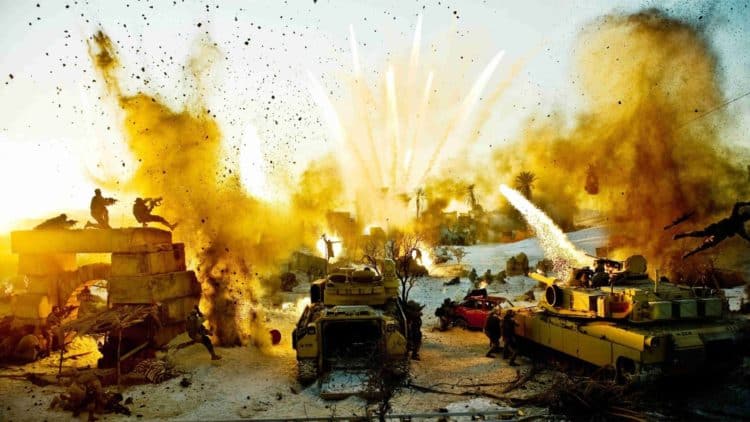 The stunt doubles in a Hollywood film are often some of the toughest and most fit people in the world. To make the movie look realistic and make it appear as though the hero, the villain, or the character in the scene at that given moment is just a little more impressive they put their bodies on the line to insure that the scene is as perfect as it can be. Most times they are paired with actors and actresses that they can realistically pass for, but sometimes stunt doubles are actors as well and can contribute to the overall film as themselves. It’s a hard life that stunt doubles lead, but many of them seem to enjoy the thrill of it.

Here are some of the most sought after stunt doubles in Hollywood as of now.

Colin has doubled for films such as Transformers: Dark of the Moon, X-Men: Apocalypse, and Divergent. He got into gymnastics as a young man and has obviously kept up with the sport since to keep in shape. Colin is also the president of the International Stunt Association, so one can only believe that he takes his job rather seriously even as he attempts to have fun doing what he loves. At this time he is actually one of the most sought after stuntmen in Hollywood and his resume is a long and impressive read.

Most people should know Yeoh as she’s been as much an actress as she has a stuntwoman. Her credits are fairly long and she has a good deal of experience in performing and choreographing stunts along with Jackie Chan. Chan actually is said to prefer to have Yeoh on his crew whenever possible, which is high praise indeed from a man that is noted for performing so many of his own stunts. Yeoh is still a noted actress and does still engage in planning and executing stunts as her career is nowhere near to finished.

Hanton is an impressive specimen that has a long list of movies that he’s been featured in as a stunt double. He’s doubled for the likes of Chris Evans, Chris Pine, and Chris Hemsworth. His impressive build allows him to take on the role of several individuals and has earned him many credited roles in a very impressive list of films. He’s been lauded as one of the best in the business by the actors he’s worked with and is usually on a lot of people’s minds when it comes to do some of the more dangerous stunts in several films.

Janene has always been an athlete from a young age. This has allowed her to retain the kind of physical shape that is needed for stunt people and has allowed her to excel in a way that has allowed her to catapult her career to the top of the business. Her love for stunts has led her to create a very amazing resume of films and actors that she’s worked with. Amazingly though Janene’s real goal is to eventually work from behind the camera, as she wants to take a more active role in seeing how the films are actually made.

This man is truly impressive. At the age of eleven he found his way into martial arts training, and at age 13 he had already gained notoriety by finding himself placed in the Guinness Book of World Records based upon his martial arts ability. He has been a worldwide phenomenon thanks to his martial arts, and has been a much sought after talent for many films and shows. In this clip you can actually see him working with the cast of Game of Thrones, honing their skills with the sword so that they might deliver a more convincing show.

Stunt men and women have a hard job, there’s no doubt about it. But many of them do it for the love of the job itself. For some people if you’re not living on the edge you’re taking up too much space. And then there’s just the passion for the craft as well.