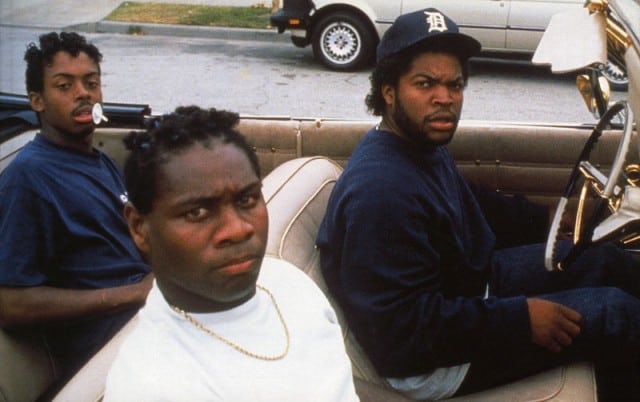 While you might not be completely brushed up on the soul singles that were being put out in the early 1970s, you have still very likely heard the track “O-o-h Child” from The Five Stairsteps. This has been a song that has had significant successes throughout its now 45+ years on the radio waves, and has been featured in a number of iconic scenes from both movies of that time as well as films that are still being released to this day. To help you delve into the many applications of this track, here are the five best uses of the song in a movie:

Before Oscar is able to see that things are indeed not always greener on the other side, he spends time explaining through a flashback why he is so desperate to change the course of his life. He shares the story of how amazing that he thought his own father was, until the children at school made him realize that he had an embarrassing profession. It was at that point Oscar vowed to do things to be profoundly successful in his life, though it hadn’t really panned out yet.

While there are many montages of the film, much like you can see in the clip offered, this only briefly touches on when the song is actually featured in the movie. When Troy is forced to go to the funeral of her mother, along with the rest of her family, is when the song is played. It is a fitting song for the scene, as Troy is having a hard time coming to grips with her mother’s passing and the song almost acts as a calming force for the audience as well.

While this is not the Five Stairsteps version featured in this particular film, a cover version of the song brings about the final sequence of scenes through this film. While this coming of age flick is deemed a classic by many, one cannot help but sense the eerie nature of this famous cover version of “O-o-h Child” at the end of the film when you are watching the prison bus.

Boyz N The Hood was a very intimate portrayal of the rougher neighborhoods and trying to come up in the harsh realities of the hood. Initially the song is overheard on the radio in the movie, to which Tre’s dad talks about how much he used to like it. As they drive by a familiar house, Tre sees his friend Darrin (Doughboy) being escorted out of a house by the police having been arrested for shoplifting. This iconic scene would be the catalyst for what was to come in the movie, the harsh contrasts between those trying to live right in South Central and those that had fallen into the allure of gang activity.

Star Lord (Peter Quill) has to attempt to buy his team some time before Ronan The Accuser has a chance to obliterate an entire planet worth of people. Armed with his quick wits, Quill starts singing the first song that comes to his mind, “O-o-h Child”. While Ronan is distracted by quills challenge for a dance-off, Rocket and company get the weapons ready to put this bad guy down for good.