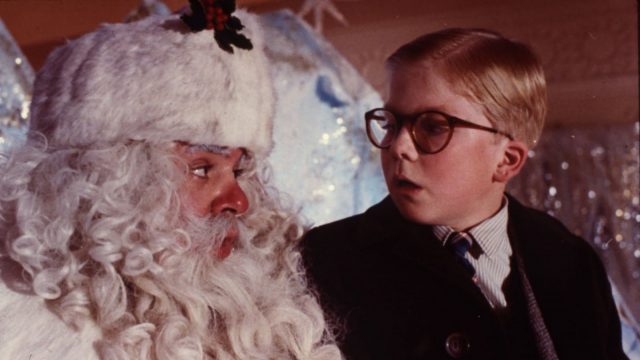 It kind of feels like the classic Jingle Bells is being phased out by Jingle Bell Rock at times, but Â the thing to remember is they’re essentially the same song. Jingle Bell Rock wouldn’t exist without Jingle Bells, which is still a favorite among children and many adults that tend to sing it when the season hits. Christmas songs never really go out of style each season, as a great many of them actually get sung throughout the year by people that just can’t let go of the season. In movies though, Jingle Bell Rock is definitely climbing in popularity.

Here are a few movies that still like to employ the classic Jingle Bells.

Home Alone is a classic, and it’s one of the only films in history that was almost outdone by the sequel. You have to wonder how attentive the parents really are if they lose their kid twice in two years though. Plus, a kid alone in New York wouldn’t stand a chance on his own, right? Well thanks to movie magic he not only survives, he thrives in a way that seems outlandishly unreal, but highly entertaining. Thank goodness for lame gifts from relatives, right?

If you haven’t seen this film yet I implore you to go out, rent it, buy it, do whatever you need to watch it. It’s worth the time and effort. It’s one of the slightly darker bits of humor that Christmas has to offer, but it’s a good play on the old tale of Ebeneezer Scrooge. Frank Cross is almost the reincarnation of the old skinflint, and plays the role so well that you can’t help but pull for him in the end even as you detest him in the beginning.

How hard would it be to have Santa Claus as your brother? It’d be a sure bet that your parents wouldn’t look at you in the same manner and quite possibly would overlook anything you do in your life simply because it’s not charitable enough. But being the black sheep of the Claus family doesn’t necessarily mean that you have to be the bad guy, as Fred eventually proves.

Welcome to the slightly trashy, slightly over-sexed version of Christmas. Like I said, Jingle Bell Rock is starting to overtake its predecessor with every new year, but the classic still refuses to be outdone most times. It’s still the same song essentially, but with a new spin on it.

And so we come to number one on the list. It’s not flashy or particularly in tune, but it’s a classic more or less because the movie is awesome even today and the rendition of the song is something that a lot of us can remember from our childhoods no matter how old we are. Admit it, you sang Jingle Bells more than once as a kid simply because you could and you could sing it over and over. Don’t be bashful, just admit it.