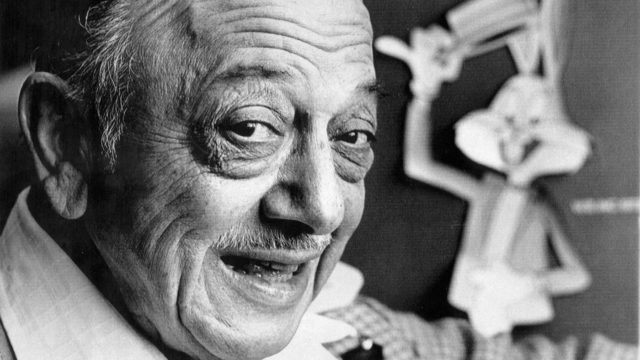 There’s an understated and somewhat underappreciated group in Hollywood that has created some of the best film characters in movie history. Voice acting is probably one of the most creative type of acting there is. When actors lend their voices to various characters, they give those otherwise lifeless characters a personality and literally, a voice. There have been many talented voice actors in the past, but most of us can’t name a single one. It’s true that popular Hollywood celebrities do voice acting as well, but what we’ve listed here are the unnamed talents. Here are the top 5 voice actors whose voice you can probably recognize but whose names you just don’t know.

If you ever watched The Looney Tunes, you’ll recognize all these characters with different voices and personalities. There’s Bugs Bunny, Daffy Duck, Porky Pig, Yosemite Sam, Elmer Fudd, and so many more. While all those characters had such differing voices, it might surprise you to find out that one person voiced them all–Mel Blanc. Blanc is one of the most talented voice actors in the industry. His flexibility was unbelievable as was evident in his prolific voice over career.

Welker might be one of the most popular ones on this list, but still not a lot of people know his name. Welker is known for voicing a lot of the animals from Disney’s The Lion King, and he’s also the voice of one Optimus Prime from the Transformers movies. If that’s not enough, Welker is also the voice genius behind the much beloved Scooby Doo. There are so many wonderful character voices out there that can be attributed to Welker; he’s surely one of the greats.

When it comes to girl characters on film or television, no one else is as successful as Tara Strong. When you think about My Little Pony, Bat Girl, The Powerpuff Girl, Teen Titans, and more, you’re probably hearing Tara Strong. However, she doesn’t only do female voices; Strong is also known for voicing young male characters. Remember Timmy Turner from The Fairly OddParents? That’s the voice of Tara Strong.

Who lives in a pineapple under the sea? It’s certainly not Tom Kenny, but his voice does. Kenny is the voice of Spongebob Squarepants, and if you’d like to know how that worked out for him, just know that Kenny’s net worth is around $16 million. Kenny has also done work on other TV series such as Adventure Time, Talking Tom and Friends, DC Super Hero Girls, and Miles from Tomorrowland among many others.

One of the most globally recognized animated characters ever created was voiced by none other than Castellaneta. The iconic Homer Simpson is such an unforgettable character, and his voice is what makes him that way. Castellaneta has done wonders for Homer, but he’s also worked on other characters as well. He’s worked on Hey Arnold, Family Guy, and Futurama. Castellaneta has had plenty of TV appearances as well, but watching him on regular roles won’t help you recognize some of his character voices. He’s just that good.