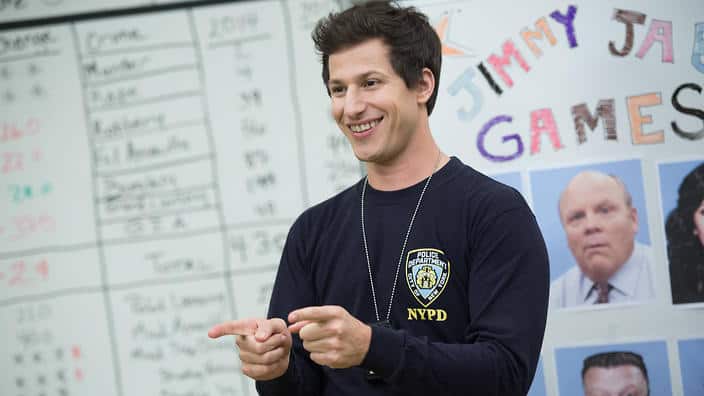 He’s a guy that a lot of us grew up hearing and even singing along with. His smash hit We Didn’t Start The Fire is one that a lot of folks in their thirties and forties can easily relate to and can easily remember. Billy Joel is the kind of artist that doesn’t get so crazy with his music that you can’t really follow him, but he makes it powerful enough that you can get the point and be moved by it. In other words he’s been a big influence as far as pop culture goes and continues to be as his songs are used in TV shows, ads, and films. Among the many musicians that have put their mark on pop culture he’s been one that people can remember with great ease.

Here are just a few of his songs being represented in TV.

It’s kind of an odd song to hear during a fight scene, especially in one where a dead person’s limbs are being hacked off and the torso is being used as a shield and eventually a Â diversion. But as the song’s playing the view of the room is spinning in accordance with the two combatants as they trade blows back and forth in a vicious dance that finally ends with the man in the apron being impaled against his hanging victim.

Brooklyn Nine-Nine is almost to modern day television what Police Academy was to Â the movies way back when. The goofy but entertaining spoof is a show that is designed to make people laugh even as it poses as a semi-serious cop show in some regards. Andy Samberg though is definitely made for comedy and not drama, so it works out.

3. How I Met Your Mother-For The Longest Time

If you’re seriously waiting all your life to perform the perfect rendition of a song then you might need some new life goals. But overall the effect is nice as the pair harmonizes and brings a good performance using this classic song of Joel’s. It’s one that a lot of people might not recognize as one of his, but then he has so many hit songs that sometimes it’s hard to keep track.

2. Sesame Street-Just The Way You Are

It’s not easy to do something nice for a grouch, and Oscar is perhaps one of the toughest individuals to do anything for without being continually and repeatedly insulted. But of course the whole point of Sesame Street is to teach kids how to do for others and to be nice in a way that can melt even the hardest and most stubborn of hearts.

One reason why this might not be on everyone’s all-time favorite list when it comes to singing is that so many people tend to get the words wrong. It’s a fast song obviously but it’s still important enough that you should learn the lyrics before taking on the challenge of singing it.

Billy Joel is a rock legend and will remain so even after his passing, which will be a long way in coming we hope.