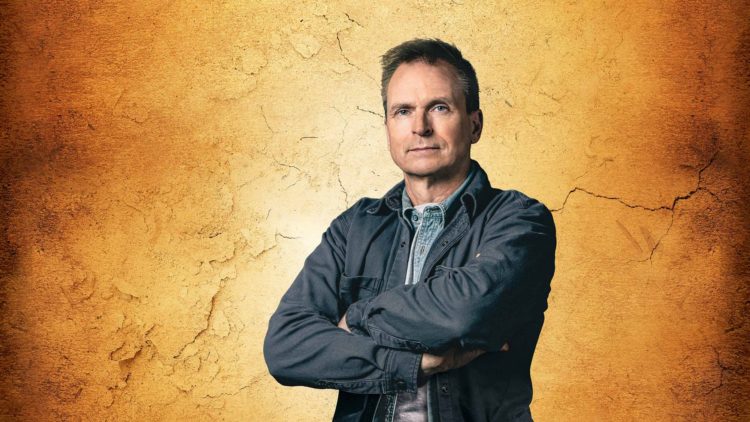 Are you the type of person who likes to work with your hands and doesn’t mind breaking a sweat? If so, CBS’ new show, Tough As Nails is right up your alley. The competition series will test people’s skills by having them complete tasks such as shoveling coal and repairing cars. Contestants will earn $2,000 each time they win a competition as they work towards the grand prize of $200,000. As you might be able to guess, people’s skills will be put to the test as they try to navigate the different challenges. If you love a good competition, you’ll definitely get a kick out of this one. Keep reading for 10 things you didn’t know about the new CBS series, Tough As Nails.

1. The Show Was Filmed In California

A show like Tough As Nails has lots of moving parts. Contestants will be participating in all kinds of different challenges which means finding the perfect place to film probably wasn’t easy. For that reason, producers decided to film the series at real job sites in the Lo Angeles area.

2. The Winner Will Get A Truck

Most people would agree that the grand prize is one of the key components to a successful competition show. If the prize is too small, it’ll be hard to get people to be interested. Luckily, Tough As Nails won’t be having that problem. In addition to a $200,000 prize, the winner will also receive a Ford truck.

3. There Is Already A Tentative Filming Date For Season 2

Even though Tough As Nails is only a few episodes in to its first season, it looks like the series and the network are already planning for the future. According to a FAQ page for the show, there are tentative filming dates for season 2. As of now, the second season is scheduled to be filmed from mid October to mid November 2020. However, depending on how things pan out with the coronavirus, those dates could change.

4. The Show Is Still Casting

Since the show is already gearing up for season two, the network is still looking for new contestants. If you’re interested in joining the cast, you can apply through the casting page. The main requirements are that contestants must be 21 or over and must be citizens of the United States or Canada or have a green card.

5. Tough As Nails Is A Family Affair For The Keoghans

Phil Keoghan is much more than just the show’s host. He is actually the main reason the show exits in the first place. According to Reality Blurred, Phil and his wife co-created the series and also direct the episodes. On top of that, Phil’s daughter is a story producer and his brother wrote the show’s theme song.

6. The Idea For The Show Is Almost 10 Years Old

Even though Tough As Nails is a new show, it’s actually been in the works for a very long time. Phil said, “I was inspired to create Tough As Nails almost a decade ago because of my working-class family of farmers, gold miners, builders, and coal miners…I’m proud of my family and wanted to shine a light on people who are not afraid to roll up their sleeves and get their hands dirty to do a hard day’s work.”

7. Phil Keoghan Went On A Casting Tour For Season 1

Picking the perfect cast is a must for any show, and Tough as Nails made sure to find some great contestants for season 1. On top of applying online, people could also audition for the show in person. The casting team toured the United States to hold pop up auditions for people who were interested.

If you want to keep up with the show in between episodes and get some behind the scenes content, Instagram is the place to be. Tough As Nails has an official Instagram account where you can find more information about the contestants. At the moment, the account has more than 3,300 followers.

9. The Competitors Are Really Tough As Nails

One of the best things about Tough As Nails is that the contestants really are tough. The cast consists primarily of people who who work hands on jobs so they’re used to getting a little dirty. However, this doesn’t mean they’re always have an advantage since the challenges include a wide variety of things.

Most competition shows are structured so that people are eliminated when they don’t perform well. This isn’t the case with Tough As Nails though. None of the competitors will be eliminated which means they will always have chances to redeem themselves throughout the season.