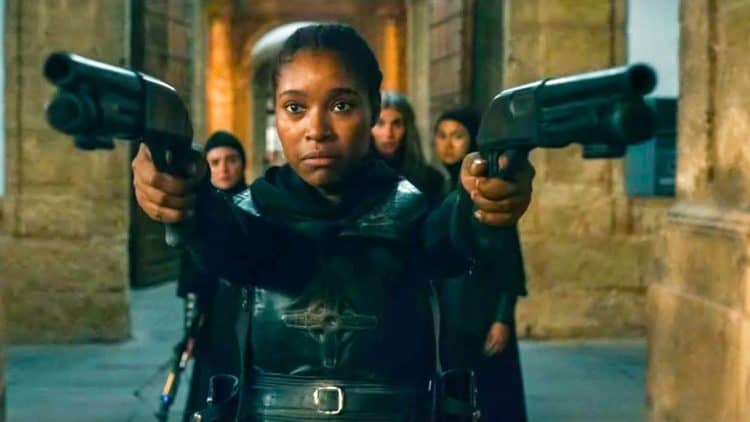 In the entertainment industry, just one opportunity can completely change an actors life for the better. After more than ad ecade of hard work, that opportunity finally came for Toya Turner when she was cast in the Netflix series, Warrior Nun. The show, which premiered in 2020, marked the first time Toya, had been cast in a main role, but viewers would never be able to tell that she hasn’t been starring in things all her life. The success of Warrior Nun quickly thrust Toya into the spotlight and her fans are hoping that not only will there be a second season of the show, but more opportunities for Toya outside of the show as well. Continue reading for 10 things you didn’t know about Toya Turner.

Toya was born and raised in Chicago but also has Jamaican roots. She began her acting career in the city but eventually felt that sh needed to relocate in order to get access to a wider range of opportunities. She decided to move to Los Angeles and shortly after she landed the audition for Warrior Nun.

2. She Studied Acting In England

Despite being from the United States, Toya decided to across the pond to obtain her acting education. She attended the British American Drama Academy where her studies were focused on a variety of things including Shakespeare, improv, and voice acting.

Getting an action role has always been a dream of Toya’s which is one of the many reasons she was excited about Warrior Nun. She told Brief Take, ” I’ve always wanted to be an action star and be in that world. It’s always been a dream of mine watching movies growing up, to finally be a part of it feels really nice. And then the fact that she’s really, really badass, that’s just great.”

4. She Was In A McDonald’s Commercial

Like many actors, Toya got her on screen start doing commercials. While these opportunities may not be the flashiest, they are a great way for actors to gain experience and get the chance to work with big companies. Toya appeared in a McDonald’s commercial in 2015 for their ‘Pay with Lovin’‘ campaign.

Making friends at work isn’t most people’s top priority, but it’s always nice when you can form a genuine bond with the people you work with. Toya was lucky to find that bond with fellow Warrior Nun cast member, Lorena Andrea. During her interview with Brief Take Toya revealed that she and Lorena actually live next door to each other and are like neighbors.

Acting on stage is something that has proven to be an invaluable experience for lots of actors. In addition to her on screen roles, Toya has also done lots of theater work over the years. According to her profile on Backstage, she has nearly a dozen theater credits including an appearance in a production of A Raisin in the Sun.

7. She Cried When Reading The Script For The Pilot Of Warrior Nun

As soon as Toya read the script for Warrior Nun, she felt drawn to the series. She told ComicBook.com, “I actually cried on one part and I was like, “Oh my God, where’s that coming from?” It kind of just touched me, and especially with the scripts that I was getting at the time, I had the strongest reaction of Warrior Nun, so I was happy when my manager sent it over to me. I connected with it on a deep level that I ever had before an audition, if that makes sense.”

8. Her Dream Role Is To Be In A Villain In Black Panther

Getting an action role isn’t the only thing Toya has always dreamed of. Another goal of hers is to eventually act in a western, and she isn’t stopping there. Ultimately, she would love to be a part of the Marvel Comic Universe and get the chance to play a villain in a Black Panther film.

Toya doesn’t have any children of her own and she appears to be single at the moment, but that doesn’t mean she hasn’t started her own motherhood journey. She is the very proud dog mom to a cute maltipoo named Groot. In case you were wondering, the answer is yes, Groot does have his own Instagram.

10. She Has Been Very Vocal About Her Support Of The Black Lives Matter Movement

Since being on the show Toya has built a large social media platform and she isn’t shy about using it to highlight causes that are important to her. She has been a very strong supporter of the Black Lives Matter movement and the movement to reallocate police funds.