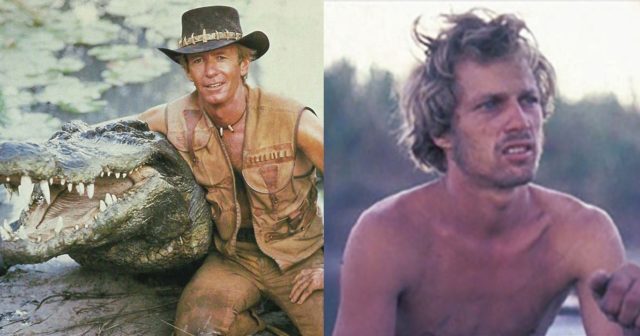 Rod Ansell was an Australian who rose to prominence when he survived becoming stranded in a remote stretch of Australia’s Northern Territory. What happened was that he headed out on what he called a fishing trip that was expected to last for months and months without telling people the exact details about where he was headed. As a result, when his motorboat sunk, he was forced to survive on his own with his two bull terriers as well as limited tools and supplies, which was further complicated by the fact that one of his bull terriers had a broken leg.

Ansell survived the experience by hunting wild cattle as well as wild buffalo, which provided a source of food as well as a sometime source of blood to serve as a substitute for fresh water. Furthermore, he had to sleep in the forks of trees, which raised him beyond the reach of opportunistic crocodiles. In the end, Ansell survived an ordeal of 56 days, which came to an end when he stumbled upon a pair of stockmen as well as their cattle manager. For a time, he harbored the story to himself, perhaps because he wanted to avoid upsetting his mother or because he was actually out in the wilderness to poach crocodiles. Whatever the case, the story made it out to the local newspapers, which started hailing him as a modern Robinson Crusoe.

What Was Rod Ansell’s Connection with Crocodile Dundee?

In time, Ansell became so famous that he became the subject of a documentary called To Fight the Wild. This led to an interview with an English journalist named Michael Parkinson for his TV program Parkinson, where he exhibited some eccentricities such as showing up barefooted and sleeping in his own sleeping bag while staying at a five-star hotel. These eccentricities inspired Paul Hogan and his two co-writers to create the character called Mike “Crocodile” Dundee, which led to the massive success of Crocodile Dundee. With that said, it is known that Ansell was disgruntled by the fact that he was unable to benefit from the success of something that had been based on him, as shown by his unsuccessful lawsuit to secure a share of the profits. The whole thing wasn’t helped by the fact that he became alienated from his peers in his home, who weren’t fond of so much media exposure.

What Happened to Rod Ansell?

Unfortunately, that was no more than the start of Ansell’s woes. In the 1980s, the government of the Northern Territory launched the Bovine Brucellosis and Tuberculosis Eradication Campaign that required him to kill 3,000 feral buffalo on land that he owned, which was a problem because he had been planning to use them to establish a herd that would have provided his family with a good living. Unlike his neighbors, Ansell was never compensated for that loss, which was compounded by an infestation of weeds that made his land useless. As a result, Ansell was forced to sell his land, which resulted in the breakup of his marriage as well.

Due to this, Ansell started growing marijuana before becoming addicted to amphetamines. In time, his drug addiction had a more and more destructive influence on his life, until it culminated in a psychotic episode during which he got into a fatal shoot-up with police, which confused the police looking into what had happened a great deal regarding his motive until information about the psychotic episode came out. In the end, Ansell was buried in the Aboriginal manner based on the request of his sons, who attended his funeral along with his parents.