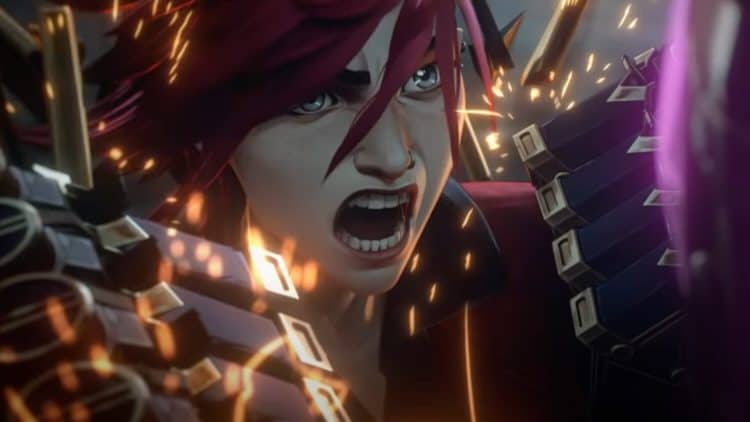 One thing that will be great when it happens is if another, longer trailer for Arcane comes out since the series won’t be hitting Netflix until next fall, and it’s likely that just judging by the trailer that it’s going to be intense. League of Legends is an idea that took root back in 2009 and has ever since been drawing in more and more individuals to experience the gaming sensation that’s there for their pleasure. This coming series is a way of saying thanks for all the support as it’s going to be an adventure that will be focusing on the champions Vi and Jinx, but it’s likely that the world that’s been created will open up a bit during the series. How effective it will be is all dependent on this first season since the transition from a game to a CG series is going to tell the tale of whether or not the story is bound to earn a worthwhile adaptation or if it’s going to need a bit of work to really do the game any justice. Too often it’s seen that anything that has a strong base in pop culture before being turned into a series or a movie will fall short in some way, be it minor or major, that will end up being noticed by the audience, and especially by those that have been following the story for a while. In years past and recently those ideas that have become movies and series have been hit and miss at times since in many respects the effects that are being used are great since they add to the overall intensity of the project, and can augment the story in a big way. But there are almost always decisions that get made that end up being noticed and magnified by critics, no matter if they’re small details or not. This teaser trailer doesn’t really show much plot as many would recognize it, but it does make it clear that this series is going to be packed with action.

It sounds as though this series was supposed to drop as of last year, but many can guess why it didn’t as the pandemic managed to do quite a bit of damage when it came to various businesses, and the entertainment industry was hit fairly hard as well with many series and movies having to be postponed thanks to COVID-19, social distancing, and the need to lower the risk of spreading the disease. Many shows and movies had to be pushed back and several are still being pushed back for one reason or another, though the procedures that have been set into place when filming have managed to keep people safe, and COVID tests on the set of so many projects have done quite a bit of good in keeping the exposure level down. Now that things have turned around just a bit and measures are being taken to make sure things can move ahead, more shows and movies are finally being allowed to come out, at least until there’s another reason to postpone them, which has obviously happened to many projects, including Arcane. With any luck, the show will be hitting Netflix this fall and will be able to please the fans and those that might find themselves wanting to learn more about League of Legends.

Much like any other game, show, or idea, there are likely plenty of people that still don’t know that much about League of Legends so it’s easy to think that people might want to brush up before they entertain the thought of watching the show. Or, perhaps people just want to be amazed when they sit down to watch, which is understandable since knowing too much about an idea before sitting down to watch an adaptation can create expectations that are often too great to be met and end up becoming a letdown when things don’t go just the way that fans want them to. This has happened with several movies and shows in recent times, and a lot of them have been on Netflix. This series definitely looks like it’s going to come out swinging and it’s entirely possible that the tiny bit we’ve been given is just an indication of more to come, as many fans might be so bold as to agree. It’s going to be intriguing then to think of what’s coming this fall and how people will react, since lately the idea of bringing anything from pop culture to the screen is a popular idea, and it’s worked in many different ways, but there are bound to be those ideas that won’t come off as well at the end of the day and might need to regroup and plan again. So far it doesn’t feel that this will be the case with League of Legends.