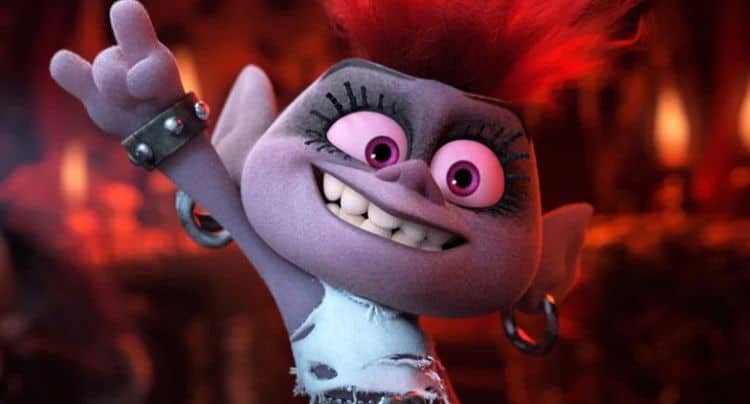 One would almost think the voice behind Honest Trailers really doesn’t like Trolls, but upon looking once again at some of the images in these movies, looking from a distance mind you, not up close where the magic appears to intoxicate a person, there’s plenty to raise an eyebrow about. Esther Zuckerman of Thrillist has more to say on this matter. Without judging too harshly, considering what passes for entertainment these days, Trolls is kind of a psychedelic trip that takes a few weird turns and twists along the way while making jokes that a lot of kids might not get but adults will understand and probably have to explain if the kids start asking just to insure that the kids don’t start spewing them in public without the proper comprehension. Noticing various adult themes in a kids movie is pretty common but when it’s able to be noticed by everyone and can’t really be explained away it’s kind of like listening to a gaffe made by a politician on live TV and attempting to say ‘you just didn’t understand it correctly’ to someone that understood it PERFECTLY. In other words, there’s really no way out of having to tell your kids what some of the stuff in this movie means, but it’s wise to follow that knowledge up with a very good explanation of why they shouldn’t repeat said things to anyone or should think about it before they do.

It might be nice to say that kids’ movies were different when a lot of us were younger, and in a way they were since the content wasn’t quite as edgy as this, but there were still plenty of issues to be discussed by parents that didn’t think we were ready for the type of movies we were watching. But if one is being honest these type of situations tend to come and go in cycles. Be honest, how many of us were watching movies back in the day that our parents didn’t want us to? Now think how many of the animated shows weren’t always as cute and cuddly as they were made out to be, but showed graphic violence and slightly troubling content along the way? Annie Farrell of Study Break has her own opinion on this matter. One of the biggest tricks with the Trolls movies is that they give the impression of a bad acid trip that’s been mixed with the real world and then blended into a color-filled nightmare that has a moral center to it that comes and goes as it pleases. There are many other parts of the movie that can be pointed out as being problematic, but a lot of them tend to be based more on personal issues that some folks might have with the movie rather than universal problems that shouldn’t have made it into the movie. In other words, people are going to take issue with one thing or another based on their own perspective and possible moral code when it comes to what they want their kids to see. But there’s a good way to make sure that this doesn’t happen: don’t let the kids see the movies. Of course that presents the problem of the kids wanting to see the movie and then finding a way to get around the parent’s objection anyway, which tends to backfire in one way or another.

The hope of course is that most people would see that the movie is fairly harmless, unless one is going to buy into the idea of subliminal messages that are apparently teaching kids that the way we live and the way our society works is inherently wrong and that radical change is needed to make things right. If that type of message did make it into the movie then it’s kind of amusing really since there’s part of every generation that’s believed this for many, many years, and often without the benefit of a movie or anything else having to tell them that it’s possible and necessary. Trolls is basically a technicolor idea based on a kid’ toy from decades ago and given life through CGI in a way that suggests that whoever was in the writer’s room was feeling extra happy that day, wink wink, and had a fun, cutesy idea to pitch that was bound to take people even further down the rabbit hole so to speak. Bilge Ebiri of Vulture had something else to say about the movie. At this point the rabbit feels as though it was left behind and the hole might have taken a few twists and turns through a vapor cloud that was designed to make people feel like they were floating instead of falling. That would explain a lot when it comes to the Trolls movies.

In all fairness though there is a lot of cuteness in the movie but there are plenty of scenes that can make a person’s stomach curdle if they spend too much time thinking about them.