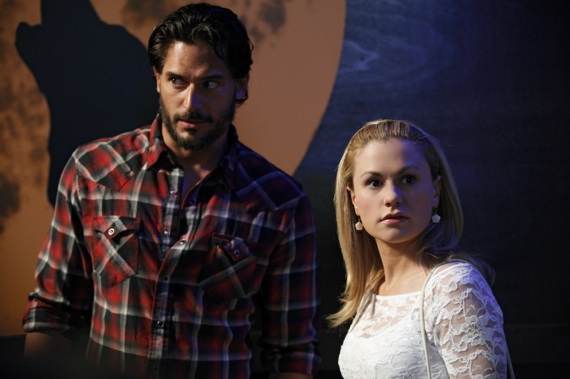 My problem with last week’s episode, “Beautifully Broken,” was that it wasn’t paced enough. The episode seemed to meander in parts and seemed like half an hour of an episode stretched thinly across an entire hour. “It Hurts Me Too,” the third episode of the season, rectified that mistake by upping the pace. Though the pace wasn’t quite breakneck (har har har), the episode didn’t feel too stretched. Maybe that’s because my satellite receiver lost service from about :13 – :20, but the rest of the episode didn’t seem to show any of the stretch marks that last weeks’ did.

In fact, a lot of it was really good. Bill’s flashbacks were both fitting and poignant in the context of the episode, and helped to show his heartbreaking (and neckbreaking) predicament in the present. Continually despicable was Lorena, whose continued manipulation of Bill was starting to grow stale until she forced him to perform a very “twisted” sexual act (resulting in this article’s several heavy-handed puns). The act was gruesome and disturbing, and I’m not sure what effect that the show was attempting to have on the viewer. It didn’t really translate to the loss of Bill’s humanity, but more toward the loss of Lorena’s trachea.

The episode also introduced Alcide Herveaux (whose name is obviously not pronounced the way it reads), who seems to be the only decent werewolf on the show, other than the bouncer at the punningly named Lou Pine’s Bar. Alcide already has some sexual tension going on with Sookie that will inevitably be explored as the season goes on.

The same can’t be said for Bill, though, who seems to have taken the advice of his flashbacks and abandon Sookie (and Lousiana) in favor of Sookie’s survival and Mississippi. As I mentioned before, Bill’s humanity finally seems to be slipping away, and it will be interesting to see him become more and more like the other vampires we’ve seen in the series, who hold their emotions very close to the chest.

I’m getting sick of seeing Jason Stackhouse, though. While I can understand his guilty conscience, his bumbling personality when discussing Eggs’ death doesn’t make for very interesting television — just painful-to-watch TV. He needs something to do.

It was good to see Sam back in the midst of things, however. His tangental storyline in the first two episodes seemed disconnected, but hopefully he’ll be included in the main storyline before long.

Also interesting was the headless body found in the construction site. That’s obviously the work of Franklin Mott, who brought the head to Jessica to negotiate a tit-for-tat arrangement. The body, however, made Sheriff Dearborne angrily resign his position in helplessness at Bon Temps’ murder rate, leaving a shocked Andy Bellefleur presumably in charge. (Also interesting about the body, which was missing both head and hands — in the second season of The Wire, a Greek syndicate hid the identities of victims by chopping their head and hands. Though he didn’t get that treatment, one victim of the syndicate was Frank Sobotka, played by none other than Chris Bauer, who is known by readers of this article as Andy Bellefleur).

Speaking of Franklin Mott, the character seems to get more and more interesting — and menacing — by the week. Who he’s working for is still unknown (I’m guessing the King of Mississippi), but I’m interested to see what he wants with Sookie and Bill. It can’t be good.

Finally, Eric was a major presence in this episode ripping out the throat of a werewolf and buying Lafayette a new car. The two events were unrelated, but both made me appreciate the character a little more.

All in all, “It Hurts Me Too,” was a step in the right direction, and packed enoughÂ twists and turns to keep me entertained — though thoroughly grossed out. A-