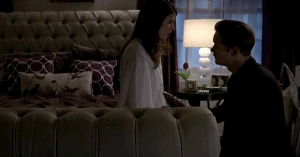 Remember those cheesy (read: awesome) hair metal songs about women whose allure is so intoxicating they bring about some kind of apocalypse? Men everywhere fall hopelessly under their sway, and the world is abjectly corrupted. Ronnie James Dio often warned of the dangers of these temptresses, for they will only bring you down; Motley Crue always celebrated them in all their ruinous debauchery. Well, it appears that many of the men of True Blood (correctly) prefer their Motley Crue and that decision may prove to be fatal.

Jessica is the very embodiment of the girl Vince Neil sings of in Motley Crue’s Looks That Kill. After Bill misguidedly stands out in the sun to test his immortality, he develops a plan: He sends Jessica to seduce Hiro Takahashi, the synthesizer of True Blood. Takahashi evidently has a weakness for nubile girls and when Jessica saunters up to him after class inquiring about tutoring, he is a goner. 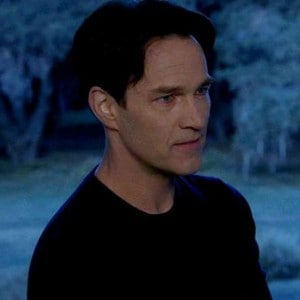 This is a part of Bill’s quest to save all the vampires from the vision we saw last week. He pays Sookie a visit (and disregards not being invited!) to ask her to help him. He wants her blood so that Takahashi can synthesize it, bestowing Bill with the power he needs to stand out in the sun and vanquish the people who want to harm vampires. Sookie has had enough of Bill’s manipulations and refuses to be party to this scheme. Bill will later find suitable substitutes in Andy Bellefleur’s kids.

“Damnit girls, how many times do I have to tell you?Â  Hand lasers off!” —Andy Bellefleur

Yeah, I know this arc is insane, but I’m actually kind of impressed the way True Blood has dovetailed this with the rest of Bon Temp. I mean, this is way more relevant than that business with Ifrite last year. Plus we get to hear all of these Andy Bellefleur one-liners about his children (who he nominally refers to by number). Anyway, Andy reconnects with Holly out in the infamous Fort Bellefleur, a peaceful little haven that is always there for you whenever you need to do some assuasive target practice. Things are looking fairly good for Andy and Holly as he tells her, “I would like to be your Fort Bellefleur.” (Is it weird that I used that same line to propose to my fiancÃ©e?)

Eric is currently entangled with the Governor’s daughter Willa. Willa says she deplores what her father is doing and wants to help. She tells Eric about how Burrell appropriated all of the money from the ballet measure (intended for highways) towards clandestine “vampire camps.” At the vampire camps, vampires are being tortured for information (a la the “spokesvampire for the AVL”, Steve Newlin), or else studied. She also explains that (gasp!) her mother had an affair with a vampire and that’s the real reason her parents got divorced. Willa tries to make some moves on Eric but he is very wary of her intentions.

Lafayette, I suspect, likes his Dio (which corroborates the angry reports I’ve heard from his neighbors regarding him raucously listening to Rainbow in the Dark at 3:00AM). He tells Sam that Nicole is trouble. And what does Sam do? He risks his and Emma’s lives as they are fleeing a chaotic werewolf scene to save her. 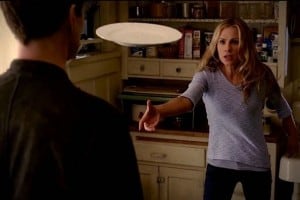 Back at the Stackhouses, the search for Warlow continues. As grandpa is out hunting in the daytime, Jason explains that it was the hallucinations that were making him “more racist than usual.” Grandpa eventually finds the fairy joint which has been raided by Warlow and brings the wounded Ben, who just happened to be loitering nearby, back home with him. I suppose for Sookie, Ben represents a male incarnation of the 80’s femme fatale. Sookie remarks that he is the only person that she can hear listening in on her thoughts, as they clean the kitchen together. There is something ominous in that isn’t there? I don’t want to say he is Warlow prematurely, because I’ve made that mistake before, but something is up with this guy.

Or perhaps I have this wrong and he is just the help that Sookie needs. Like Nicole said, “Everyone needs help.” But as we see in You’re No Good, sometimes you get that help and sometimes you don’t. Moreover, the biggest problem for Sookie is that I can’t tell who is helping her and who isn’t. Was she too quick to reject Bill? Is she too friendly with Ben?