Waiting for a new season is hard, especially if you are an avid fan. So here are some news for the followers of HBO’s ‘True Blood‘. The producers just released some photos of the new season in a teaser they call ‘Waiting Sucks’where you could see the new and continuing cast members.

Marshall Allman (playing Tommy Mickens) the half-brother of Sam Merlotte, has been seen in the video holding his brother at gunpoint. James Frain (playing Franklin Mott) is a crude vampire with an attraction to Tara Thorton.

Denis O’Hare (Russell Edgington) will be now playing the vampire king of Mississippi, with a boyfriend who is a beautiful vampire. Theo Alexander (Talbot) plays the lover.

True Blood returns June 13, 2010, and the gay themes are becoming more and more pronounced. On the heels of Anna Paquin announcement a few days ago that she is bi-sexual, and last season’s Rachel Even Wood being a lesbian vampire, now we’ll have the Vampire King of Mississippi with his male lover. Dennis O’Hare is an openly gay Broadway actor who has been seen in ‘Milk’playing a homophobe senator.

So now there will be something for everyone, gay, straight, black or white. No doubt Allan Ball – the creator of True Blood, and a gay man himself – is reaching for a wider audience. 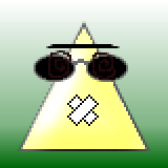 Renata is a veteran of the film and TV business and has worked all over the globe.