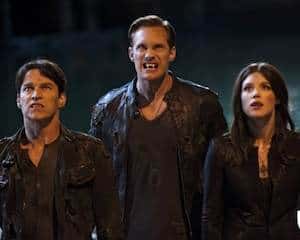 I have to be honest; I’m not a big fan of the last couple of seasons of True Blood. I don’t miss an episode, and no DVR space is sacrificed in the pursuit of catching up on the exploits of Sookie, Bill, Eric, Tara, Sam, Jason, and everyone else within the True Blood universe, but in general I feel the story has become ever higher concept as it moves along, abandoning the character driven plotlines for bigger, meaner, and more decadent ideas. What got me addicted to True Blood in the first place was the induction into the supernatural elements of that world through the ever widening eyes of the good and incorruptible Sookie Stackhouse. Yes, power does corrupt and Sookie is now far removed from the spark of innocence and wonder she was when we first tuned in, and yes I would be a hopeless schmuck to think that is not how the world operates, but you’ll just have to forgive me as I mourn the passing of the fairytale stage of the True Blood story. I kind of loved it. A lot. Now that I’ve had a peek at the first four episodes of True Blood Season 5, however, that mourning has come to an end.

I don’t want to accidentally spoil you by discussing any of the plot points of Season 5, new or old; suffice to say True Blood has always done a fantastic job of tying up the previous season’s loose ends immediately and satisfactorily. For the most part that is true, there are some of those points, Russell Edgington for instance, that are left hanging to extemporize the overarching plots of Season 5, but many of the hanging 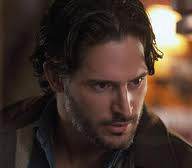 threads–Tara’s death, Debbie’s death, Jason’s visitor, and so on–are tied up in pleasingly unexpected ways that spawn entirely new mysteries and tensions to carry on into the new season. But these are the things we always expect from True Blood, so where does True Blood Season 5 tap new veins in comparison to previous seasons? In the characters.

The most pleasing aspect of the first four episodes of Season 5 is the unparalleled attention to character throughout every last plot strand, and the complete lack of pretentious ‘˜big idea’set pieces. Don’t get me wrong, there is plenty to be excited about in terms of new characters, locations, and situations, it’s just that throughout the unveiling of Season 5’s overarching fabula we find our characters involved in inner journeys that reflect these predicaments in transformative ways with narrative strokes that echo against neighboring storylines like some kind of V-infused story muse. Actually, I’m so enthused with the season so far that I feel like someone might have slipped me a little V as it is; but you’ll get no complaints out of me either way.

True Blood Season 5 is good enough to drain dry. If you were a Vampire, Season 5 is fairy blood. It’s not a return to the sense-of-wonder-infused pseudo-spiritual drama of season one, but it is an apt evolution into the darker realities of the soul that wait when you awaken from that dream. It is a compression of the intensely mapped and crafted character play of the Series’best moments, with a level of plotting mastery that the series may have never displayed up until now. That’s my opinion, at least. Tune in tonight at 9PMEST on HBO to the True Blood Season 5 premiere and come back and give me yours.