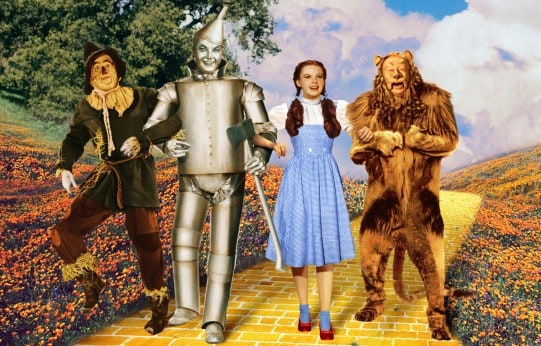 Judy Garland only had one friend on the set of The Wizard of Oz and in an ironic twist it wasn’t any of the cast mates that you might have expected. This woman was wrecked from a young age. Her father died when she was 13, which resulted in a lifelong search for a father figure that led to behavior that can only be described as extremely unhealthy. Added to that her mother was a detriment to her mental and emotional well-being since she pushed her into acting and agreed wholeheartedly with the draconic practices that MGM put her and all its young stars through.

If they weren’t being given pep pills and adrenaline shots to stay awake for 2 to 3 days at a time they were being given barbiturates and amphetamines to go to sleep so that they didn’t burn out. MGM didn’t think twice about giving them just four hours rest and then waking them up again in order to do another hard shift. Garland was also kept on a strict, no-nonsense diet of black coffee, cigarettes, and chicken soup to keep her figure trim and tiny. Her breasts were also taped down and a brutally-tightened corset kept her waist trim so that she could retain a youthful figure.

Worse than anything however, since she was already down in the dumps most times and still had to be perky and happy, was that only one person out of the entire cast took any time to support her. It wasn’t any of the characters that were her allies in the movie. Ironically it was the actress that played the Wicked Witch of the West that consoled her more often than not. The others were so concerned that Garland would upstage them that they often treated her like dirt and with such utter disregard that there were times when the stage itself was her only friend and the only thing she could do was keep moving forward.

Garland only made $500 per week, whereas her male counterparts were making as much as $5,000. She couldn’t do anything she wanted, she couldn’t have a boyfriend, and she couldn’t even have an ice cream sundae without being made to feel that she was somehow cheating and disrespecting her mother, the studio, and the studio director. She was so afraid of having her contract torn up that she followed the rules most of the time and didn’t try to make waves, though she was miserable a good deal of the time.

Rock bottom came when she found out she was pregnant in 1942. Her mother and the studio advised her to get an abortion in order to keep her good girl image, and it was a decision that haunted Garland for the rest of her life. How anyone could get away with treating a person in this manner is simply abhorrent, and how a mother could possibly push her daughter to such extremes is absolutely vile. Judy Garland passed away in 1969 at the age of 47, too young by decades at least.