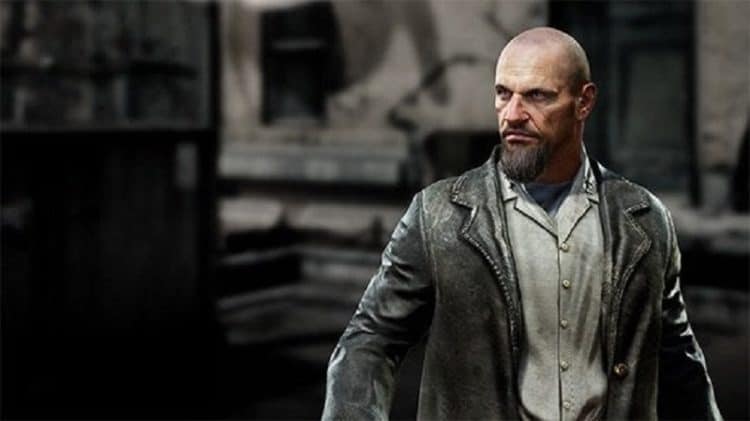 Remember Imran Zakhaev? Call of Duty fans will know that name quite well and will no doubt know why it carries so much importance since he’s been a well-known character in the past in both the original games and the reboot. Since it’s been established that Call of Duty Black Ops: Cold War will be taking place along the same timeline it’s easy to think that he’ll be around and that he might even be an influence that will be important to watch for, even if he doesn’t take center stage as he’s done in the past. Fans of the game franchise are no doubt going to see this as a connection, whether it’s imperfect or not, and will likely be kind of pumped to see this kind of detail crop up in one of the newest games. COD has been one of the more popular video game series to come along in the last decade or so and it’s continued to be enjoyed by more than a few individuals that love the style of gaming and are invested in the story as well. Among the many war-oriented games it’s been among the most realistic and has also delivered the kind of storytelling that has thrilled gamers far and wide, largely because they get to experience landscapes that are very real if only adjusted somewhat to fit the narrative of the game.

Linking the games has been easy enough for the fans given that the events experienced in the games are worldwide and are seen through the eyes of many different individuals that have helped to shape the franchise. Keeping them connected has been a huge undertaking, but while the reboots might muddle things up a bit it’s still a firm belief of many that the game will still be just as intense and in-depth with its explanations of what’s going on and why as the other games have been. The character development that’s been so common in many of the games will be a huge link between them and one almost has to believe that if those behind the storyline were to give that up that they might need to fashion an entirely different series. That might sound a little drastic, but after all the work that’s been done on the story and the game itself, it does feel as though changing too much would have been a huge mistake. As it stands, Cold War is bound to be appreciated by many gamers considering that the presence of Zakhaev kind of ties up a loose end that some folks might have been wondering about. For others, it might not wrap everything together, but the truth is that it does manage to lend a little more credence to the story simply because if one takes the timeline between the games and really look at what’s going on they’ll see that Zakhaev fits this particular game quite well and that it will set things up nicely as they progress even further.

Personally, I’ve always been more impressed with Price’s story, and since Zakhaev is part of that it only makes sense to cover him a little more and allow the guy to show up here and there where he may or may not be expected. The fact that a character was taken off the board doesn’t mean that they can’t be brought back for a prior storyline to flesh it out a bit more and sew up any plot holes that people feel were left behind. There are still likely to be those that will claim that this doesn’t solve anything and that bringing Zakhaev in is more of a ‘gotcha!’ moment than anything since he is an Easter egg at the very least, but it’s something that a lot of fans will appreciate since not only does it offer up a familiar face and name, but it’s something that helps the game to keep a sense of consistency that is rather important for this story. In terms of how the game will progress, that feels as though it’s not going to rely as heavily on Zakhaev, but the groundwork that was laid in previous games will no doubt be of great importance moving forward, as it usually is. Those that have already played the game or are in the middle of playing it, or even thinking of playing it, are no doubt going to notice this if they’re up on the details and are playing for more than the idea that it’s just another Call of Duty game, and will likely be interested in the hows and whys of what Cold War has to offer. In the line of Call of Duty games, it’s definitely new and thrilling, but we’ll have to wait and see how it stacks up against the others.