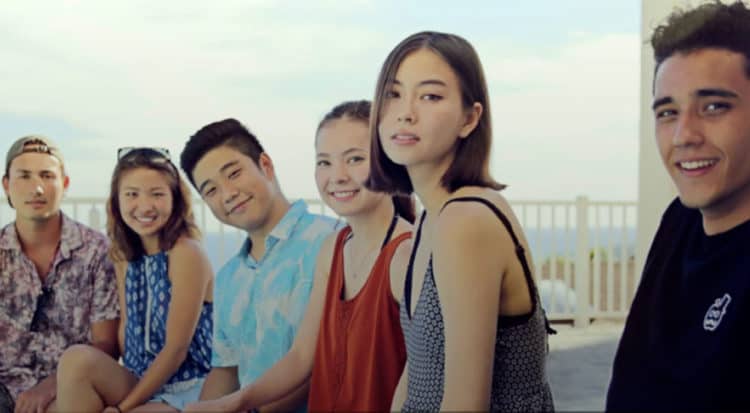 For those who are unfamiliar, Terrace House is a Japanese franchise of unscripted shows that has managed to build up a world-wide following. In short, each show in the franchise sees three men and three women from a wide range of backgrounds as well as a wide range of circumstances living under the same roof, thus resulting in plenty of opportunities for romantic relationships as well as other sights of interest for the viewers. In total, there have been five shows and counting, with each of the shows having been situated in a separate location.

Is Terrace House Real or Not?

By this point, interested individuals might be wondering whether Terrace House is real or not. After all, unscripted shows are notorious for failing to live up to their name, so it wouldn’t be particularly surprising to see one more example of said trend. However, when it comes to Terrace House, there are some who believe it to be real and some who believe it to be not real.

For starters, it should be mentioned that Terrace House has managed to become popular because it isn’t what most people would expect from an unscripted show. One excellent example would be how most unscripted shows are filled with interpersonal drama of a very lurid sort, not least because it is encouraged by the people who make them. In contrast, while Terrace House has something similar, its clashes come from the smaller differences in personalities as well as the smaller differences in personal opinions that are common in groups of difference people. Meanwhile, another excellent example would be how the participants on Terrace House seem like normal people with normal issues, thus making for a very relatable presentation. Something that a lot of unscripted shows can’t claim, seeing as how their participants tend to come off as being fame-hungry to an excess, so much so that they seem more like caricatures than flesh and blood human beings.

On the whole, this means that Terrace House has a very different feel from a lot of the other unscripted shows that can be found out there. This can be seen in how some people have compared it to a nature documentary rather than an unscripted show of the standard sort, which speaks very well of its authentic-seeming nature. Moreover, a lot of people have responded well to this impression, as shown by numerous statements that the people on Terrace House are more relatable as well as numerous statements that the show is either comforting or soothing for its intended audience.

With that said, speculation is just speculation, which is why the claim of past participant Lauren Tsai is much more worthwhile. For those who are curious, she was one of the participants on the third show, which was unusual because it was set on Hawaii rather than in Japan. However, what matters is that Tsai said that Terrace House was “probably the least real reality show” by citing various examples of how the people behind the show controlled the course of its narrative. One example was how the participants weren’t actually filmed on a 24/7 basis but were instead filmed during the daytime as well as a few hours during the nighttime, meaning that what interested individuals saw on the TV screen was by no means a perfect capture of the participants’ choices that had been pared down to a perfect summary for the viewers. Another example was Tsai’s claim that the people behind the show actually told the participants not to talk with one another when they weren’t on the screen, which was a part of their need to control the narrative in the same way that other people might control a scripted drama show. On top of this, she even said that the part in which the participants watched themselves on the TV screen meant that the producers could manipulate their personal interactions with great ease through editing, thus further influencing things towards their desired outcome.

Speaking bluntly, none of these claims are particularly surprising. After all, they are very common when it comes to the making of unscripted shows, so much so that they can be called standard practices thanks to their incredible convenience. For that matter, if the people behind such shows can use such techniques to exaggerate the drama of what happens on them, there is no reason why they couldn’t use those same techniques to produce a less intense level of drama. Suffice to say that editing plus more subtle forms of influence make for a very powerful combination, which in turn, makes for a very wide range of possibilities.

There are some people who might think that Tsai’s claims do not necessarily reflect the practices for Terrace House as a whole because her show was filmed in the United States rather than in Japan. However, it is important to note that her show wasn’t an American interpretation of the basic concept but rather a Japanese installment in the franchise that was set in a non-Japanese location. As a result, while it is theoretically possible that what went on wasn’t reflective of what went on for the other Terrace House shows, that seems rather improbable because it is the same people behind all of them.