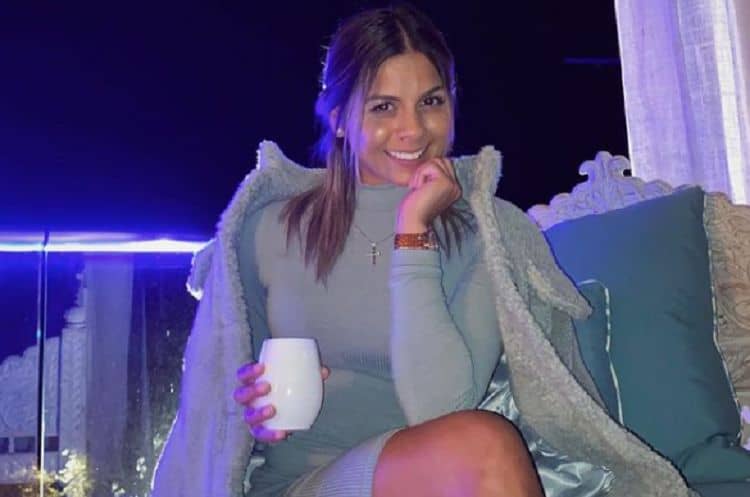 People always say that love usually comes when you aren’t looking for it, but sometimes you have to be a little proactive. That’s exactly that Amber Marie Martinez was doing when she decided to be on the MTV dating show Are You The One? Amber’s season was especially unique because all 16 of the cast members were queer which meant that literally anyone in the house could be matched. Unfortunately for Amber Marie, she didn’t find the romantic connection she was looking for, but as one of the show’s winners, she did get to go home with a pretty hefty cash prize. Keep reading to learn 10 things you didn’t know about Amber Marie Martinez from Are You The One?

Amber Marie was born and raised in Yonkers, New York and she’s very proud of her east coast roots. Like most people, however, Amber Marie can’t resist the draw of warm weather and beautiful beaches. Needless to say, she eventually decided to relocate and currently lives in the Los Angeles area.

2. She Is Very Close To Her Mom

Amber Marie comes from a very tight knit family and she has an especially close relationship to her mother. Since cast members on AYTO? aren’t allowed to communicate with the outside world during filming, one of the hardest things about being on the show was the fact that Amber Marie couldn’t talk to her mom every day like she’s used to.

3. She Is A YouTuber

Being on reality TV has opened up a lot of doors for Amber Marie and she’s taking advantage of all of them. At the beginning of 2019, Amber Marie and her cousin, Kimmy, started a YouTube channel called SPiLLL. So far, their channel has gotten over 100,000 total views.

4. She Just Got Out Of A Bad Relationship Before Doing The Show

Going through a bad breakup can feel like the end of the world, but Amber Marie was determined not to let a failed relationship get her off track. During an interview with Lohud, Amber Marie said, “I was single at the time I applied. I had just gotten out of a really bad relationship. I was also excited about the fact that it was a sexually fluid season. I applied online and had to go through a couple auditions and that’s how I got on it.”

5. She Is A Somewhat Private Person

Even though Amber Marie is enjoying her time in the spotlight, it appears that she also enjoys her privacy. Although she is very active on social media, she isn’t exactly an open book. She likes to keep many of the details off her personal life out of the spotlight, and it’s easy to see why.

6. She Is Still Single

Even though AYTO? is a dating show, the reality is that most couples don’t actually find a serious relationship from being on the show. While several of the cast members from season 8 have since moved on and found new love interests, Amber Marie is still waiting for the right person to come along. Luckily for her, there’s probably no shortage of people sliding in her DMs.

7. She Doesn’t Care What Her Haters Have To Say

8. Being On AYTO? Changed Her Life

Being on AYTO? was truly an experience that Amber Mariewill never forget. She told Lohud, “I felt like going into this house, I was open-minded, I really feel like it changed my life. I learned things I didn’t know that I probably should have. I never really knew about non-binary people and there were two in the house.”

9. She Has Always Wanted To Be On The Challenge

Amber Marie is the only cast member from AYTO? season eight to join the cast of The Challenge, and she’s excited to be part of the longstanding competition show. As a very competitive person at heart, Amber Mariehas always dreamed of being on The Challenge. Hopefully she’ll have as much success there as she did on AYTO?

10. She Loves Interacting With Fans

Amber Marie is grateful for all of the people who have supported her since making her reality TV debut, and she does her best to maintain a strong connection with her fans. She loves interacting with her supporters on social media and often responds to people’s questions and comments on Twitter.