Home
TV News
TV Hero of the Day: Codex from The Guild 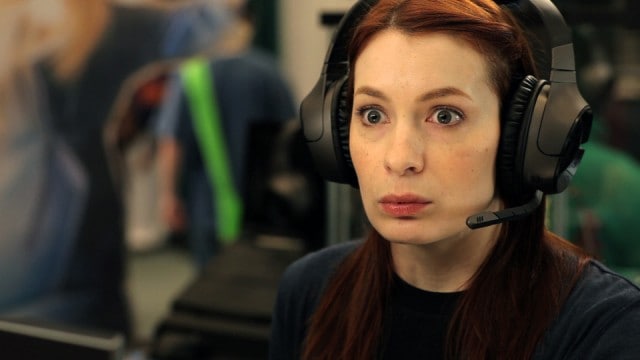 Codex gives all nerds hope that maybe, just maybe the girl they’re questing with in World of Warcraft is actually a girl, and actually quite a cute on at that. On The Guild, the web-only turned Xbox Live-only show about an unnamed MMORPG, she’s a member of the guild the “Knights of Good,” and finds her life turned around when her real life guildmate shows up at her door one day.

Sure, real life WoW addiction is much less funny than this, but the show is a bit of genius even if you’re not a fan of the genre.Â  Despite her best efforts, Codex became the hottest gamer chick since Attack of the Show‘s Olivia Munn.

Dislikes: Being filmed while sleeping, having her cycle printed out and laminated, having the floor plan of every place she’s ever lived in memorized, being asked if she wants “a wizard staff in her mana pool,” and the tiny Indian man responsible for all of the above, Zaboo (pictured).