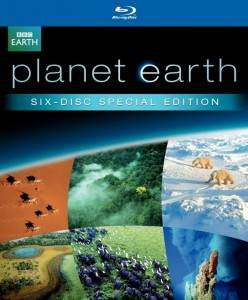 Earlier this month, BBC’s Planet Earth was released on Blu-ray as a special edition set. TVOvermind has managed to get our hands on four of these Blu-ray sets, and we’re giving them away — to you!

You can enter for a chance to win one of these four copies by following these steps:

That’s really all you have to do. Anyone can do this between now and October 29 at 12am EST. After that, the four winners will be randomly selected. We’ll direct message you for your mailing address and then send the DVD sets zipping right along in the post.
Only one entry is allowed per account. Unfortunately, this contest is only open to residents of the U.S. only.
If you don’t want to bother entering the contest, you can head over to Amazon and buy the set there.

Keep an eye out for TVOvermind’s review of the Blu-ray set in just a few days.