Home
Fringe
How TV’s Typecast Curse Has Affected the Stars of Frasier, Friends, and Fringe 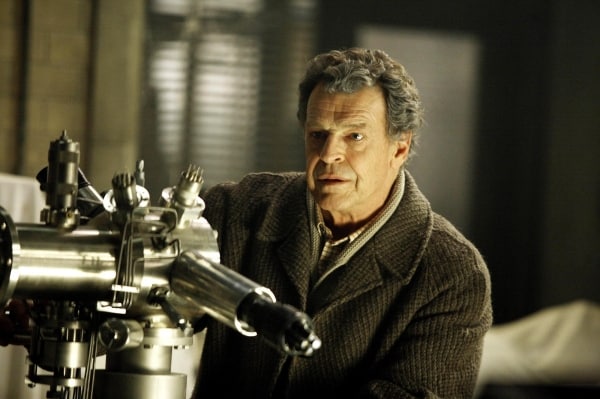 Many actors and actresses, whether they are already famous or trying to make it to the top, are always trying to improve their craft by taking on roles that are out of their comfort zone; but once they make it on a TV show portraying the character that they have been assigned, we as the audience will come to identify him or her as the character they have portrayed on the show over time, which can set them back in terms of getting better roles in other television shows. This is known as typecasting. There have been instances in which an actor or actress has been so strongly identified with a role that made them who they are today makes it that much difficult for him or her to find work playing other characters. The actors and actresses who, in my opinion, are being typecast, are Kelsey Grammer, Jennifer Aniston, Adam West, and John Noble, although there are many others.

Take Kelsey Grammer, for instance. His most identifiable character is Dr. Frasier Crane from the classic TV show Cheers and popular sitcom Frasier. He also portrayed psychopathic killer/opera aficionado Sideshow Bob in The Simpsons; however, he tends to be identified more as Frasier no matter what role he has been cast in, whether it’s in television or in movies. When I saw the fourth Transformers movie, I watched Grammer portray the character of Harold Attinger, and I kept thinking to myself, “It’s Frasier!” The same thing happened when I watched the third Expendables movie and X-Men.

Another bearer of the typecast curse is Jennifer Aniston. She became popular through the show Friends,Â and those who are familiar with the show will always identify her as her character, Rachel Green. She then went on to act in movies, but no matter what role she has been cast in, the deep impression of her as Rachel Green will always be within people’s minds, especially since Aniston has been stuck in, for the most part, forgettable romantic comedies. It could be that the character of Rachel suits her as an actress, while the other characters that she has played don’t really have much of an in-depth personality to them, as they seem to radiate Rachel’s personality rather than the personality of the character (or maybe that’s just me).

The typecast curse even exists in genre television, as one can see by looking at the recent career of FringeÂ and Sleepy HollowÂ starÂ John Noble. He’s known for portraying the eccentric scientist Dr. Walter Bishop from the well-known science fiction series, and though he has gone on to play other roles, such as King Denethor in The Lord of the Rings and now Henry Parrish/Jeremy Crane in the adventure fantasy drama Sleepy Hollow.Â I will always remember him as Walter Bishop. I know that he is an awesome actor who can breathe life into any role he plays, but no matter what performance he’s giving, the specterÂ of Dr. Bishop still looms over the new characters he has created.

So for those of you acting fanatics who dream of one day walking down that infamous red carpet or making it big on television, beware of the typecast curse! For if you fall victim to it, there’s no turning back!