Home
Movies
Twelve of the Best Courtroom Scenes in Movies 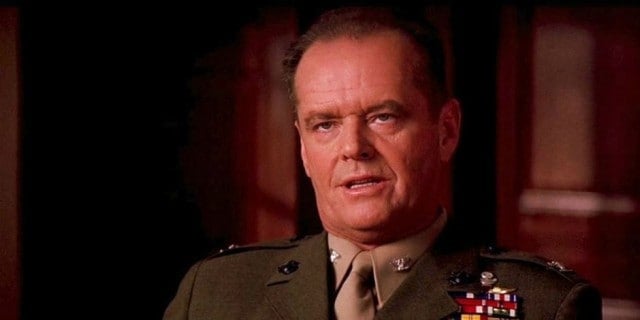 As a practicing lawyer, I can tell you that going to court usually isn’t very exciting. There’s very little arguing, everyone seems to get along just fine, the judge is rarely intimidating, and the courtroom itself is hardly a spectacle to behold. The events that take place in courtrooms as shown in movies are largely inaccurate, exaggerated, and sensationalized – but that’s a good thing, because if accurate, those scenes would be terribly boring. In the movies, courtroom scenes are usually heated, intense, and sometimes hysterical.

I’d like my job a lot more if going to court meant a morning of screaming and wooing a jury. Instead, it’s waiting around for your adversary to arrive before you swap discovery demands and discuss last night’s basketball game. Sigh. Here are 11 awesome courtroom scenes from movies that present aspiring lawyers the illusion that they’re off to embark on a colorful, exciting career in the law.

Woody Allen puts his bizarre spin on courtroom scenes in Bananas. This one plays like a slideshow of sorts with many individual gags or jokes thrown together.

It’s not lawyers or judges that make this courtroom scene so memorable. I knew a guy who had the entire Boondocks Saints speech as his ring tone. I feel like anyone who’s ever seen this movie loves it.

Finally, Elliot Ness gets to see the notorious gangster Al Capone behind bars.

High school mock trials are usually more organized than this one.

…And Justice for All

Anytime you watch a Pacino monologue, you know it’s only a matter of time before he starts screaming his head off. The great courtroom scene in …And Justice for All is no exception.

The proceedings in this scene are particularly ridiculous (Kevin Bacon’s character has at least four or five opportunities to make sustainable objections), but Tom Cruise and Jack Nicholson make that inaccuracy pretty easy to overlook.

To Kill a Mockingbird

Atticus Finch is one of the best dudes ever, and even the biggest cynic couldn’t argue that he’s a sneaky lawyer.

If you haven’t seen this movie, then be warned that the above clip contains major, major spoilers. Ed Norton is incredible in his role in this movie.

Believe it or not, when it comes to portraying courtroom proceedings, My Cousin Vinny is one of the more accurate movies concerning the subject.

The People Vs. Larry Flynt

Forgetting about Hustler for a minute, The People vs. Larry Flynt is a very important case for free speech under the First Amendment. Do you know who plays the judge in this scene?

A Time to Kill

One of the best scenes in the history of movies right here.