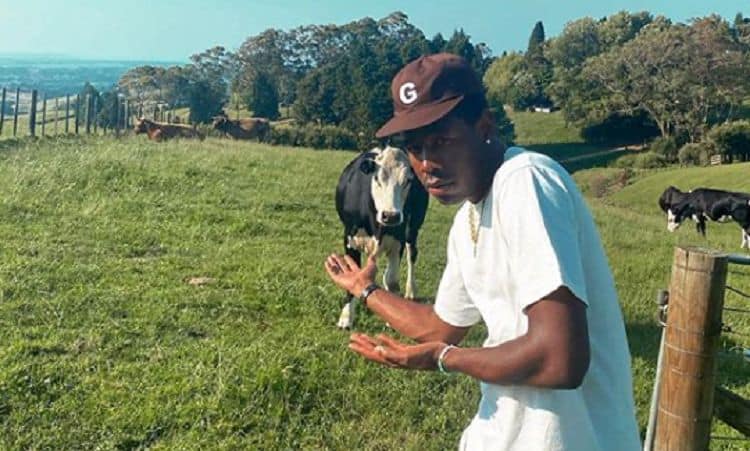 Some people seem well-adjusted, some seem a bit full of themselves, and then some seem as though they’re nice people but tend to get a big head sometimes. Tyler, the Creator, is after all a stage name that he goes by, but at the same time it does seem kind of presumptuous to some people. The fact that he’s got the talent and the resources to back up the bravado that goes with the name is a positive note that enables people to see him as a positive character and someone that’s worth applauding since quite honestly he does put the work in and he is earning his spot in the business. It does seem as though he’s a little full of himself at times but like many things in show business this is kind of par for the course and something that we as fans tend to deal with and understand up to a point.

Here are a few things about Tyler you might not have known.

This is a pretty rough break in any person’s life since not being able to meet your dad is, for a lot of people, a very serious setback in life since it does take more than one parent to really balance out the load of raising a child. But his mom seemed to do okay.

This seems pretty impressive since those that can teach themselves to play an instrument are pretty talented and earn the right to be called one of the best if they get to such a level and are still interested in performing in front of others.

8. He was banned from the UK for a few years.

This was a big deal at the time since the album that caused the ban was something he’d already used to tour with in the UK, so he tended to believe that being banned for it in the UK meant that the people didn’t want their kids looking up to a black man. This is a sentiment that’s been going on for some time now and can be argued with, but not among those that seem to believe that he might have done or said something else that contributed to his ban. Plus, if it was racially motivated then other artists that aren’t white wouldn’t have stood a chance at that time of performing anywhere in the UK.

7. He’s been criticized for the lyrics in his songs.

Tyler has been highly criticized for his use of homophobic and hateful lyrics towards women, but each time he’s defended himself by saying that he’s not gay and that his lyrics aren’t to be taken seriously, that he’s just singing a song. Gangster rap had this same problem back in the day and eventually that settled down as well. His comments when replying aren’t really the best or all that helpful, but again, like anyone else he’s got the freedom of speech and expression.

6. If you couldn’t tell he’s not the most humble person.

From the stage name he takes on to the way he talks Tyler is really not all that humble. If he’s different when he’s off the stage then so be it. But on stage or in front of people and the camera he’s definitely going to say what he has to say and not really care if anyone likes it or not.

Evan Minsker from Pitchfork covered the story when Tyler actually incited a riot by telling people who were being held out of a packed concert to just push past the cops and come on in anyway. Being the venue was already overcrowded the cops were doing their job to make sure things didn’t get out of hand. Calling for people just to push the cops aside was not a great idea on Tyler’s part.

It’s interesting to find out which celebrities are believers and which ones aren’t, as it’s a matter of personal choice despite the fact that it can be argued up and down whether religion is important or not, and sometimes is since it’s a sensitive subject with people.

Obviously he’s been on a roll with his career and has a lot of people willing to pay big money to see and hear him so he’s doing something right. It’s also likely that he’s made a few good investments here and there to insure that his wealth doesn’t just go away.

2. His presence on social media is just massive.

He has millions of followers and people willing to check in and see how his career is going. Obviously being a musician and a celebrity has made him a person that people want to know more about.

1. He attended 12 different schools growing up.

Just changing schools a couple of times can be hard, but changing this many times usually indicates a different set of issues altogether.

Some folks find him interesting obviously.