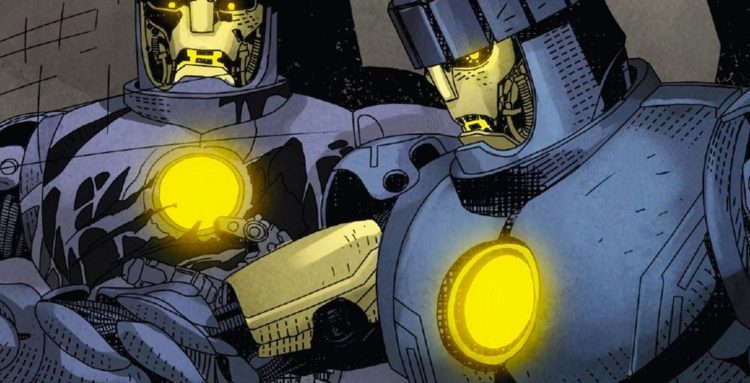 X-MEN #14, 1965, was the comic released by Marvel Comics that introduced the mutant-hunting robots known as the Sentinels, and since their introduction they have become a terrifying enemy for the mutant population in the Marvel universe, and have been increasing sympathy for Magneto who has the opposite view of Professor Charles Xavier, who believes mutants and ordinary humans can live together in peace.

Built by an organization that hates mutants and takes it to the extreme, the sentinels have become one of the more long-lasting enemies of the X-Men. Like everything else in the comic books such as the characters and the settings and general history, the Sentinels have undergone plenty of changes, and it isn’t just in the comic books. In the live-action X-Men film X-Men: Days of Future Past, the Sentinels appeared as a band of shape-changing robots who were terrifying opponents, and in the TV spinoff Gifted, the Sentinels appeared in a new incarnation, this time in the form of spindly spider-like robots, showing there is a huge variety of new and terrifying models beyond the classic form of the sentinels. Now the Sentinels are undergoing a new change, shown in the Uncanny X-Men # 12.

Newly resurrected rivals Wolverine and Cyclops have returned to continue the long battle for mutant freedom, but now they’ve got a new problem. Finding out their teammates are being imprisoned in a government facility, Wolverine comes up with a daring plan to break in unnoticed – unfortunately, it does not work because the duo is attacked by Sentinels. This is not something that would be a problem in the long run; Wolverine and Cyclops are both veteran members of the X-Men team, so they have encountered Sentinels in the past in many forms, and they have always managed to send back little chunks of scrap metal. But these Sentinels are different, they are more terrifying, especially when they discover what lurks beneath the armor of the Sentinels they’re fighting.

The Sentinels start to bleed

It isn’t oil, lubricant, or some other non-organic fluid, but blood, actual blood.

The robots have an occupant inside them, and when Wolverine shears one of them, he smells and spots the blood he tells his comrade to back down so they can investigate the blood. Wolverine is not the squeamish type and has killed people before, but the idea of stabbing his adamantium claws through the body of an occupant inside the sentinels disturbs even him. It’s natural – Logan and Scott are both used to dealing with Sentinels who are robotic, to fight a group with organic components is a surprise even for someone with Logan’s attitude and nonchalance.

The worst is to come when they look inside

There in the armor is Guido Carosella. A mutant himself, he had absconded when he had contracted the Transmode virus. He has been wired into the armor, but he is still able to think clearly and he tells Logan and Scott about the new horrors O.N.E has created. Together the two X-Men open the Sentinel’s armor and they discover a suit containing Dani Moonstar, and another contains Karma, both of who were seen in Matt Rosenberg and Adam Gorham’s New Mutants: The Dead Souls, where they both contracted an infection.

Cyborgs are a common occurrence in science-fiction comics and movies, yet there is something truly disturbing and disgusting about forcefully taking a human and plugging them into a suit of armor, altering their minds to become an automated killing machine designed to go after a group of people who are different from ordinary people. How unsettling is it to witness a machine actually bleed human blood? It says something about us, doesn’t it, especially when you think about our interests in cyborgs – a blending of a machine and organic – and you think about what it means to be a human.

And yet, how horrifying must it be for the mutants themselves? To many of them, the mere sight of a sentinel could very mean the difference between life and death, so the idea of a mutant being plugged into a sentinel and sent out on a killing spree would be horrifying on both sides of the spectrum. The ones on the outside would probably never know, unless they had the power to cause severe damage to the sentinel’s robotic systems, and see signs of the occupant and knew the mutant personally, though it would be horrifying regardless if they didn’t since they had probably hoped their mutant-hating enemies wouldn’t go as far to place someone inside a robot in the first place.

What about the ones inside the shells? As stated above, Guido was able to tell both Logan and Scott what was going on, so he was probably self-aware enough to know what was going on but unable to stop the machine. Who knows what new revelations will take place in the future concerning this new design of sentinel?