Home
UPDATE! Lost Will NOT be Bumped by State of the Union! 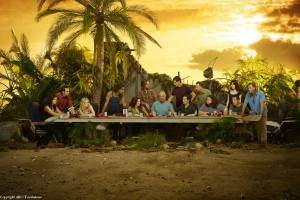 Mark posted earlier this week about the possibility of Lost‘s Season 6 premiere being bumped from February 2 because of President Obama’s State of the Union address. Well, Dharma’s tentacles clearly stretch to 1600 Pennsylvania Avenue, because according to Damon Lindelof and Carlton Cuse’s Twitter feeds, the premiere will air as scheduled on Tuesday, February 2nd.

Okay. So Obama didn’t technically “back down.” He leveraged Carlton and I to do something on the show. Two words. MORE FROGURT.

No State of the Union conflict with LOST! We go Feb. 2!

We knew that the President is a big Star Trek fan, but is it possible he has his own Dharma jumpsuit as well?

“I will say this on behalf of ABC Radio: I don’t foresee a scenario in which millions of people that hope to finally get some conclusion in ‘Lost’ are pre-empted by the president,’he told Ann Compton, the White House correspondent for ABC News Radio.

“You can quote a senior administration official,” he joked….