Home
This Is Us
This is Us: Jack Pearson is a Little “Too Good” for My Taste 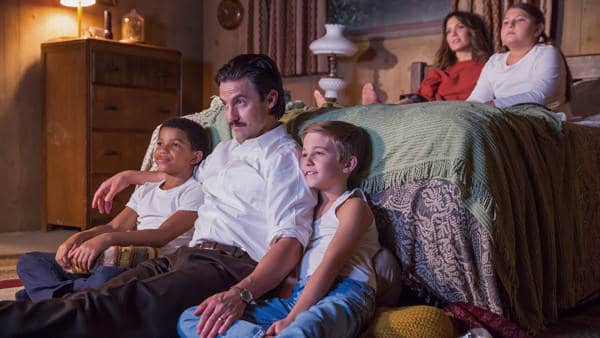 This is Us delivered another awesome episode this week and I’m all in as usual.Â  We’re all in suspense wondering what Kate’s going to do in Cabin 13.Â  What’s going to happen with Kevin and his ex?Â  How is Randall going to handle all the stress?Â  How in the world does Rebecca wind up with Miguel?Â  Audiences are probably not going to like that one.Â  What in the world is going to happen in the show when Jack dies?Â  The show has signed on for two more seasons so that plot should be interesting.Â  But today I’m going to focus on something that every father and husband who watches this show has to be thinking.Â  Is Jack Pearson a little “too good?”

I think this week’s episode put me over the edge.Â  Jack’s just too awesome a father and husband and I’ve finally seen a tiny crack in the road for this show.Â  I and everyone else praise the realism of this show.Â  The writing, acting, and directing truly makes you feel like you’re experience your own family at times but even as Rebecca said on Tuesday’s episode, “my husband is a superhero.”Â Â  Well, it’s the truth and I fear that watching This is Us is going to make women all around the country resent their husbands.

Isn’t Jack just a little too perfect?Â  People don’t rent out old apartments for their wives and light them up so they can rekindle old times.Â  Men don’t have conversations with their buddies about believing in soulmates and staying with people forever because in reality only a tiny percentage of people actually believe in this.Â Â  Jack’s heroics are little “too” heroic for my taste.Â  I just hope my wife isn’t thinking to herself, “why can’t you be more like Jack?”Â  Remember people.Â  This is television.

I’d do anything for my wife and my kids but even she has to admit that a man like Jack Pearson does not exist.Â  Don’t get me wrong.Â  I’m an awesome guy.Â  Great husband and father but come on people.Â  When I’m done working for the day after “10-12” hours as Rebcca puts it,Â  I need a tiny bit of R&R.Â  I’m not out doing a zillion things to keep my family and marriage fresh.Â  I do nice things and I would totally go out of my way to make my wife feel special, but there’s a reason a superhero is a superhero.Â  They’re fictional!