Home
This Is Us
This Is Us Review: “Number Two” Shows Incredible Strength 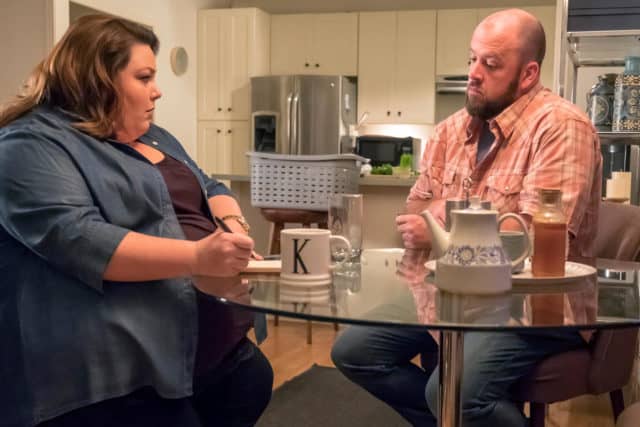 This Is Us‘s midseason trilogy continues to fire on all cylinders. Walking the line between absolutely shattering and hopeful, the switch to Kate’s day was a much more quiet, sobering pain than last week’s episode. While her brother was across the country having a breakdown, Kate was going through her own trauma. By the end of last week we know that [SPOILER] Kate had a miscarriage, but watching her recover from that is so different than hearing it. It was also a stark contrast from the “Number One” story. Kevin’s spiral was one of the most tragic and honest hours ever produced on network television. Kate’s loss was the same, but it was important that her experience not be a silent struggle. That is not Kate’s personality, and it is the reason her greatest hour of loss was also her greatest hour of triumph.

From beginning to end, Toby is his usual supportive self. Kate chooses not to talk about her grief, but instead go to work. Toby’s options are limited here. He can’t help Kate without hovering or making her feel worse, so he takes on a mission of his own. He goes above and beyond to find the baby bath he ordered for Kate so it doesn’t get delivered to the house. In the process he frightens a poor UPS man, but people are much more understanding than we know when they see someone in pain. And Toby was in horrible, at a loss for words, pain.

Just as we caught up with Kevin two decades in the past, so too we do with Kate. On the same day two decades earlier, Kate was going through her own issues with college applications. While Randall and Kevin were spouting their college plans to anyone who would listen, Kate refused to discuss her plans with anyone. This was especially true whenever Rebecca would ask. Kate’s tense relationship with her mother kept her from admitting she wanted to apply to the Berklee College of Music. As much as Rebecca wanted to have that special bond with Kate when she was younger, it just didn’t happen. That doesn’t mean that Rebecca’s arms will ever stop being ready for Kate to fall into them.

In the present, Kate needs her mom for this part, for this particular pain. Rebecca can empathize with Kate’s situation on every level, having lost a child herself. She also knows the other side of Kate’s pain-not being able to share your grief with your partner. Kate needed to connect with her pain in order to realize that Toby was going through the same thing. It’s not as simple as him propping her up. They need each other to rise again, which they did. This is only the beginning of their journey together, and they have the strength and faith in each other to make it.

Next week is Number Three’s turn. Will he triumph or fall? And is this the hour we see what happened to Jack?Â

This Is Us Season 2 Episode 9 Review: "Number Two"

This Is Us continues its trilogy arc with Kate’s triumph over tragedy.