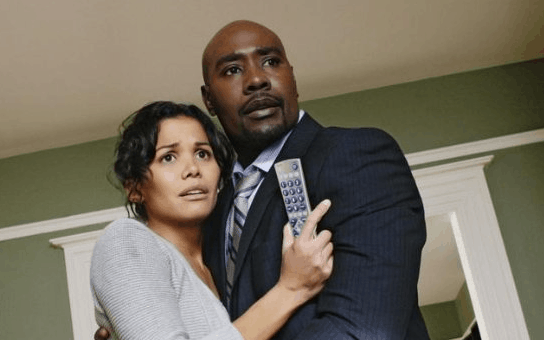 One of the downsides of V‘s “pod” format – in which episodes are shown in pods of four with breaks in between (to make the show feel more like an event) – is that by the time you resume with the series (as we will on March 30), you’ve forgotten some of the subplots. Sure, the “Previously on V” segment is useful, but it doesn’t do much to keep casual viewers from being, well, alienated.

Here’s one subplot that you might have forgotten about: Valerie’s alien baby.

While Valerie is human, her husband Ryan most certainly is not. He’s a visitor who has been hiding while disguised as a human for several years. He has no affiliation with the Vs anymore — in fact, his only affiliation is the Fifth Column, a group of aliens who have rebelled against the V’s destructive habits. But even though he’s sided with the humans, he’s still an alien — and for his unborn child, the apple doesn’t fall too far from the tree.

Of course, its’ a little more complex than either being one species or another. The fact that there is even a fetus means that the DNA of Vs and humans are compatible, which by extension means that the baby won’t be 100% either way. Most likely, it’ll be a split down the middle. Whatever it is, showrunner Scott Rosenbaum says that with the baby’s birth will be, for fans, ‘an understanding of what could be coming.’

Continues Rosenbaum, ‘The birth is going to be less interesting than the stories beforehand. What happens when the baby kicks? Or when Val gets her ultrasound?’

It’s quite obvious that Val’s pregnancy will be one like no other. But, as Michael Ausiello of Entertainment Weekly pointed out, there might be room for humor inside this otherwise serious topic: “I can just hear the ob-gyn now: ‘Oh, look, it’s a boy. No, wait…that’s a tail.”‘

V‘s next episode will air on March 30. 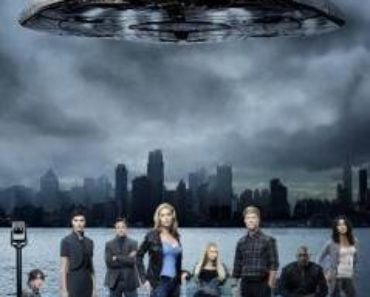