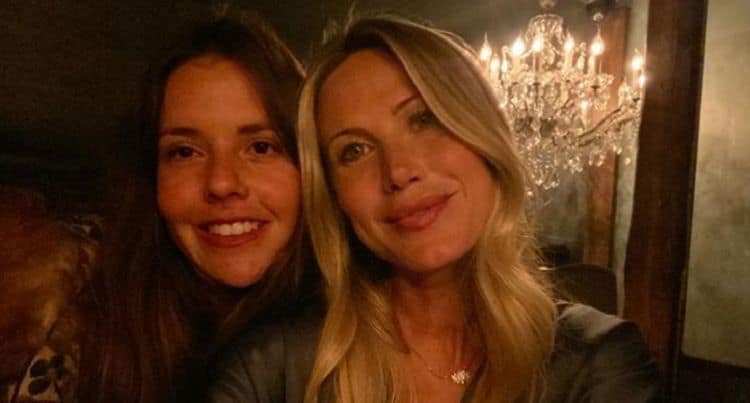 If you haven’t heard of Vail Bloom, it’s probably because you’re not watching daytime soaps. She’s famous for her Emmy-nominated role as Heather Stevens on daytime’s “The Young and the Restless,” series. She’s also a reality star, a highly educated woman, and she’s gorgeous. What else do you need to know about her? A lot, actually. She’s a woman most people recognize, but they don’t always know precisely who she is and what she does. We thought we might rectify that situation and focus on things like who she is as well as more about her life.

Vail Bloom was born in Boston, but she wasn’t raised there her entire life. We have no idea what day she was born, or what year she was born, either. However, she spent some time with her family living in places like Connecticut and Florida. Her parents worked hard, and their jobs moved them around a bit. She was raised by a high school guidance counselor mother, and her father was both a businessman and a professor in college.

2. She Graduated from an Ivy League School

Perhaps it was at the guidance of her college professor father or maybe through her own desires alone, but this is a woman who excelled in school. Enough so that she was accepted into the Ivy League. She attended Princeton University, where she graduated with a Bachelor’s Degree.

If you were wondering what she studied when she was in college, it was architecture. She is, technically, an architect. She has a good career to fall back on in case she decides that acting is not for her. She’s good at it, though, and her fans love her, so we don’t anticipate she will find a time when she doesn’t have work to do in Hollywood.

It’s not breaking news or anything, but she is literally a hottie. She is a Maxim Hometown Hottie. The magazine named her this in 2003, where she was given the third place. She had been offered photoshoots and other places on other lists with other magazines, but she’s turned them down. This is the only done she’s done, and we don’t blame her. If Maxim came calling me, I’d sign up for that in a hot second. Perhaps they are looking for a “Hottest mid-to-late 30s twin mom/mom of four” feature, in which case they can call.

5. She’s Had a Bad Experience

Unfortunately, Vail Bloom has had her own fair share of bad experiences, though we’d hardly call what she’s been dealing with ‘fair’ in any way. She dated a man in 2017 who didn’t take it well when that ended. She dated him for three weeks, and he went crazy after it ended. She had to file for a restraining order when he kept showing up to her home despite her objections, stole things, destroyed her property, and contacted her hundreds of times.

We don’t know much about the father of her baby, or if she went through IVF and chose to go through a donor route, but we do know that she is a mother. She has a daughter who was born in 2018, and she has the sweetest little name. Her name is Charlie Olivia Grace, and I’m a huge fan (I have a Charlotte, who is sometimes Charlie, and another daughter whose middle name is Grace).

7. She Had a Drug Problem

Being an actress is hard work, and it sometimes makes life tough. There is a lot of pressure, there is a lot that isn’t ‘normal’ in the eyes of so many people, and sometimes you get caught up in the wrong crowd doing the wrong things. Vail Bloom knows this. She was caught up in drugs for a time when she was part of the daytime community. She admitted this back in 2014, and she is proud that she was able to overcome her issues with drugs and move on to a healthier way of living.

8. Her Time on Vanderpump Rules

We assume she took this role not to become a hostess at SUR to make a living what with her successful acting career and her architecture degree from Princeton, but to get her foot back into the game. However, she spent some time working as a regular at the LA restaurant, and she flirted a bit with the men on the show and whatnot. She didn’t bond with many of the other women on the show, perhaps because she’s got nothing in common with them, and she didn’t get to stick around longer than a season.

If you take the time to scroll through her Instagram feed, you’ll see that she takes a lot of her time to share inspirational stories and thoughts with her fans. She’s big on that, and we appreciate that. Her feed is alternately filled with photos of her sweet baby an herself with friends, and with her inspirational quotes. She likes to share about keeping the mind beautiful, that the greatest gift you can give is your time, and that love is the most important. She seems like a very wistful and carefree soul at this point in her life, and we appreciate that about her.

We might not know Vail Bloom in real life, but we can absolutely tell that she’s so in love with her little girl. Her world revolves around this little one, and we love that. It’s clear to us that she loves this baby based on how many photos she shares as well as the sweet words she uses to describe her daughter and the time that they spend together. She’s a good mom, clearly, and her little one is fortunate to have that in her life. We think they make the most adorable pair, but you can check that out for yourself if you don’t believe us.