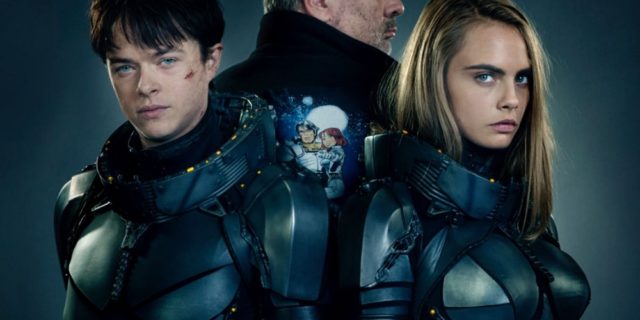 It feels like as soon as you get excited for one movie trailer, another one hits the internet like wild fire.Â  I’m still trying to wrap my head around Justice League, It, Spider-Man: Homecoming, Guardians of the Galaxy Vol 2 and about 1500 others that I’m forgetting to mention.Â Â  One trailer that definitely has my attention is Valerian by Luc Besson.Â Â  Besson has always been one of my favorite directors ever since he brought us The Professional which is still one of my favorite movies ever. According to The Guardian

Cara Delevingne, Dane DeHaan and Ethan Hawke star in time-traveling science fiction film based on French comic strip from the 1960s. The 90-second trailer is light on dialogue but shows the time-traveling agents Valerian and Laureline encountering various CGI creatures on their mission to Alpha, a 28th-century city home to thousands of different species. The film is based on a French comic first published in 1967, ValÃ©rian and Laureline. It ran for 42 years and was hailed for its humanist political ideals and developed characterization.

It turns out Luc Besson had first read the comic when he was only 10-years-old.

When I was 10, every Wednesday there was a comic book with 2 pages of #Valerian in, and I discovered it then. #AskLucBesson https://t.co/1GMpPlMCxH

Valerian will be by far the most expensive French Film ever produced at a whopping budget of $212 million. Besson’s 1997 space adventure The Fifth Element clocked in at around $95 million. Valerian and the City of a Thousand Planets also stars Clive Owen, Rihanna and Rutger Hauer, with John Goodman as the narrator. It is scheduled for release on July 21, 2017.