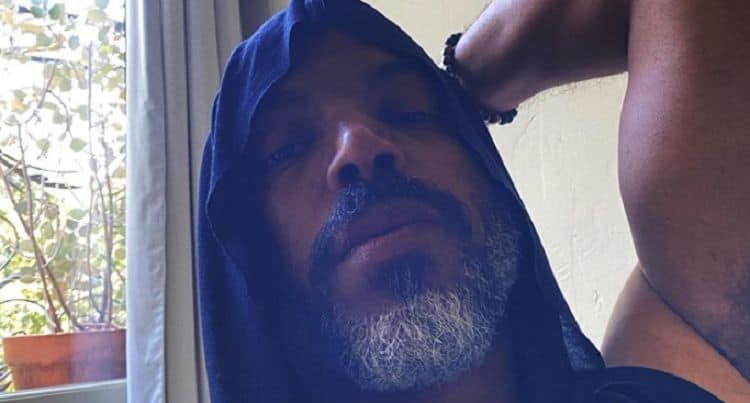 We’re going to be very honest here and tell you that if you didn’t know Van Hunt before, you’re about to hear his name all the time. He’s the new boyfriend of the very famous, very beautiful, actress Halle Berry. He’s a man who is going to pique some serious interest now that he is in her life, and we all want to know more about him. He’s not someone who is going to fade into the background, either, because he’s also a talented and successful man in his own right. We cannot wait to find out more about who he is.

He’s a musician, and a songwriter, and a singer, and a producer, and we could continue to go on with his musical talents and genius, but we feel that you got the hint already. He’s a man who has been doing it all, and he’s done it quite well over time. He’s been in the music industry for many years, and he continues to excel in everything he does and touches.

She was born and raised in Ohio. Dayton, to be specific. He was born there on March 8, 1970, which currently makes him 50. He and Berry are approximately the same age. He spent his childhood there with his family, including his father who was a friend of Diamond Williams, an Ohio Players Drummer.

3. He’s Been Musical Since He Was A Child

When he was only 7, he began playing the drums. It’s a bold choice for a child, but he was quite good. By the time he was only 8, he’s already moved on to learn to play the saxophone. As he got older, he made the decision to continue to learn to play different instruments, and he’s since included the bass and the keyboards, and he also plays the guitar.

When he was done with high school, he moved from Ohio to Georgia. He had a slight detour through Texas at that point to play for a rock band, but he ultimately ended up at the Morehouse College in Atlanta. He wanted to study English, but it did not take him long to realize that it was just not for him. He left college, and he made the decision to produce some demos for rappers instead.

He does not share much of his personal life online or anywhere else, and we respect that. With a life like the one he is leading, it’s hard to keep things to yourself and keep your life out of the spotlight, but that’s just how it is. He’s done a good job of it, and we hope that he is able to keep some semblance of privacy in his life even though he is now dating one of the most famous women in the world.

He might not be the man singing the music he makes in front of large crowds, but he’s darn good at what he does. He earned a Grammy in 2007. It was the second time he was nominated. He was also nominated in 2006, but it was for the song “Family Affair,” that he took home the big win.

8. He’s Got a Famous Manager

Remember when “American Idol,” first premiered and everyone was such a huge fan? Well, that’s because the judges were amazing, and we all loved Randy Jackson. “It’s a no from me, dawg,” is still a line most of us use when we are feeling nostalgic. Well, did you know that he is Van Hunt’s longtime manager? Isn’t that such a fun person to get to spend time with on the regular? We think so.

9. He’s Toured With the Best of the Best

We honestly mean the best of the best. He’s toured with people like Mary J. Blige (remember that Family Affair song he won a Grammy for? Yeah, well, remember her singing it?) and even Kanye. He’s toured with Alicia Keys and so much more. He’s really living his best life.

10. He and Halle are Trying to Keep it Quiet

There has been speculation for some time that this is a situation that’s been ongoing, but they didn’t really confirm until September 2020. But, that’s their business. We hope that they can keep things to themselves even though their relationship is now very public.