Monday’s series premiere of Vanderpump Rules had me glued to my seat, having hot and cold reactions to most of the premiere’s introduction to its sizzling, yet slightly annoying cast of characters.

For starters, I went from shunning Scheana Marie for her scandalous affair with The Real Housewives of Beverly Hills star Brandi Glanville’s ex husband to fearing for her life every time she was in the same vicinity as co-star/co-worker/devil incarnate Stassi Schroeder. Well the horror continues this upcoming week as Stassi, the self-proclaimed “devil,” is none too thrilled to see her nemesis Scheana rubbing tanning lotion on Stassi’s live-in boyfriend/property Jax.

Meanwhile, Jax hasn’t shied away from declaring how Stassi is driving him up the wall with her jealousy, but the tables turn when Stassi gives him a tongue lashing for choosing to sleep in his car instead of their bed. If that doesn’t scream signs of “he’s totally over your ass at the moment” then I don’t know it will take for Stassi to wake up. And no, not even an exorcism would work at this point in time.

In the first clip, which also features Lisa Vanderpump, her husband Ken, and the return of everyone’s favorite Beverly Hills party planner Kevin Lee, the SUR staff participates in the L.A. Pride parade in the middle of West Hollywood. Wonder if NeNe Leakes from The Real Housewives of Atlanta was at the same parade as this one? I digress, but watch Stassi’s reaction when Scheana puts her paws on Jax. If looks could kill, indeed…

Scheana, you better take up some self-defense classes if you want to continue to work at SUR and survive.

The next clip features Jax in the proverbial lion’s den with Stassi, who grills him intensively on his whereabouts the night before. Just listen to Stassi’s declarations of being a hot commodity on the dating scene and try to not envision a speech balloon that reads ” please!” over his head. 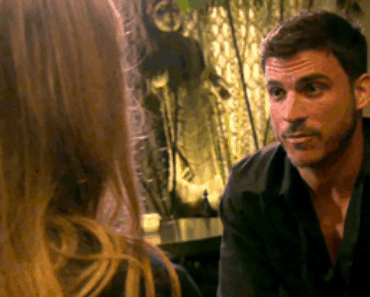 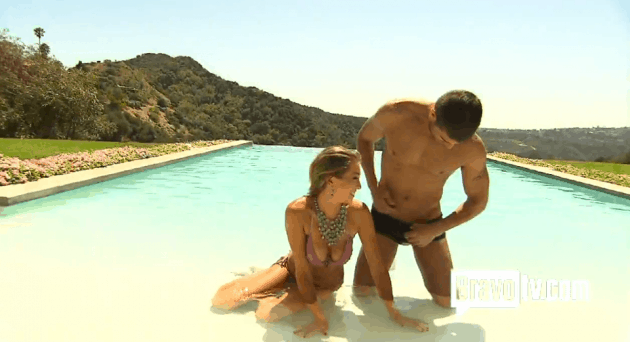