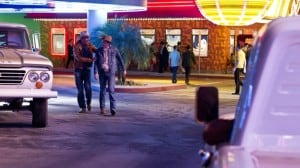 This week’s episode of Vegas, “Money Plays” took a closer look at the fact that the show is about a changing city just as much as it is about cowboys and mobsters.Â  It’s clear that Sheriff Ralph Lamb is no fan of the changes he can feel coming, as the city begins to morph from desert ranches to the Las Vegas we know today, complete with corruption.

The episode picks up about a week after the pilot.Â  Ralph Lamb is now a full-fledged sheriff, yet being the honorable man that he is, still insists to pay for his breakfast at a local diner, and Savino is knee-deep in trying to clean up The Savoy, promptly kicking out any of his employees who knew about Bob Perrin’s skimming from the casino.Â  And Perrin — well, Perrin is in the midst of trying to bargain out of the death sentence after killing the governor’s niece.

Sheriff Lamb is beginning to make changes in the way the law is handled in-town.Â  Upon getting to his second crime scene he gruffly informs the officers not to mess with bodies before he gets there, and takes notice that things about the scene aren’t normal — like the air conditioner running to cool the garage.Â  Turns out, there’s a girl tied up in the trunk.Â  Plot twist: she’s alive, and willing to cooperate with Lamb and his deputized brother and son.

Over at The Savoy Savino meets his new card room manager, Mia Rizzo (Sarah Jones), and she is good — able to tell that someone was skimming off the house’s take just by the calibration of the card room scale.Â  It’s impressive, but when Mia goes behind Savino’s back to get permission for a new strategy to make money in the casino, he’s no longer so pleased.Â

When leads in Sheriff Lamb’s case take the officers to a pair of brothers breaking into homes to rob safes Ralph orders his son Dixon to stay outside, because regardless of how well he can handle a gun, the men they’re looking for are killers.Â  But when guns start blazing it’s Dixon who shoots the man who’s looking to kill his father.Â  However, when the sheriff catches a glimpse of the knot used to tie up victim and hostages, he knows they have the wrong man in custody.Â  Lamb hunts down a man named Ted Ermin, who used to date Carol Reyes.Â  Who is she?Â  She’s the girl tied in the trunk way back at the beginning of the hour.Â  In a jealous rage, Ermin decided to take back his girl, and if it meant killing the man she was with, so be it.Â

The sleaze in Las Vegas oozes through when it’s proven that District Attorney Rich Reynolds (Michael Reilly Burke) is in Savino’s pocket.Â  During a desert meet we learn that Savino is using Reynolds to control Perrin’s fate, though his plan takes an unexpected turn when Perrin agrees to tell the Feds what he knows about The Savoy’s less-than-respectable business practices.Â  After a planted inmate’s failed attempt to take out Perrin, Savino is forced to take drastic measures — by flooding a street, he forces the car transporting the inmate to federal holding to take a detour, which ends rather explosively.

In one of the final scenes of the episode we see Lamb again, this time not as sheriff, but as a rancher tending his horses, when Carol comes up to see him.Â  Thankful to Lamb for helping get her own ranch back (something her late boyfriend was trying to do) she expresses her fear that there’s a “neon wave” just beyond the ridge dividing the city from the desert, and asks Lamb if he ever worries about that.

Calmly, but with just a hint of remorse for the life that he loves, Lamb tells her, “Worrying ain’t gonna stop it.”

“Money Plays” was an excellent follow-through from the pilot.Â  It opened up the characters by giving them a little more of an emotional edge and introduced the idea that there will be new cases every week while still maintaining a continuous underlying story thread.

So much goes on in one episode of Vegas that it’s nearly impossible to clearly keep up with it.Â  There’s action and danger, smooth class and slick-talkers, and the looming sense that not everything is right in Las Vegas.Â  It’s certainly caught my attention, has it caught yours? 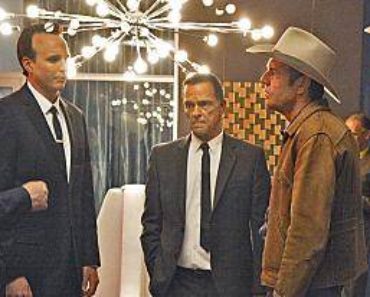 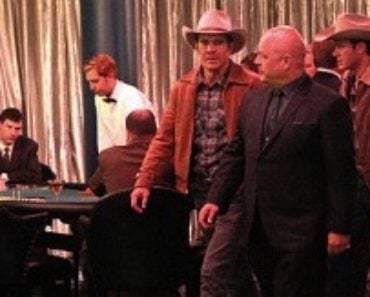 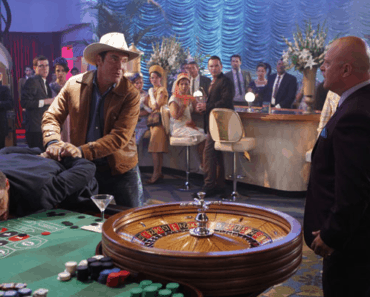 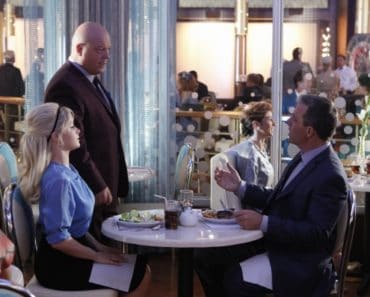 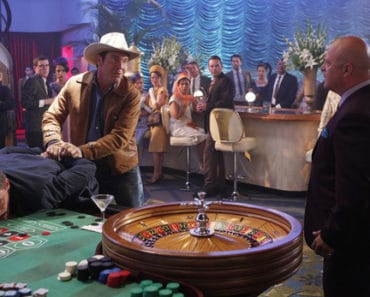