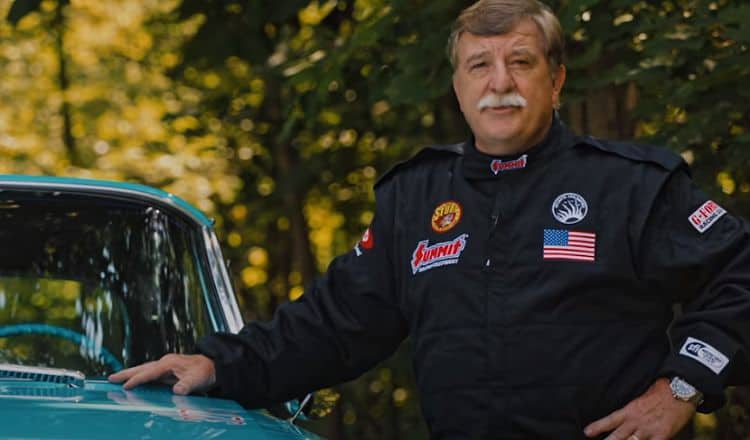 There’s probably a lot more to stunt driving, but getting the basics of it is pretty cool from someone that’s been in the business for nearly four decades. Rick Fike definitely likes what he does it looks like and he’s still a kid at heart even if he uses Legos more for his stunt team than just for fun. Obviously he has a good time with what he does, and it’s also obvious that he believes in safety when it comes to the job, which is a plus since any stuntperson that doesn’t believe in safety isn’t going to last too long in the business considering that a lot of what stunt people do is extremely dangerous. But with enough planning, training, and by trying to cover every possible angle there is to be considered it’s usually easy enough for stunt people to take control of a situation and make certain that what needs to happen will come to pass. Of course, accidents do tend to happen since trying to cover all variables just isn’t possible given that things can happen that aren’t expected. There have been stunt people that have been seriously injured and some that have lost their lives on the job, but again, things do happen, as little comfort as that is. When it comes to driving though, almost every variable has to be considered a few times in order to see to the safety of the stuntperson.

It’s interesting to see that Lego has created a tougher product that can take a heavier hit, but it’s also kind of cool since it would mean that their products would last a little longer with kids that are bound to test the durability of the product time and again. Where were these Legos when a lot of us were kids? Anyway, the maneuvers that Rick talks about are only a few of the stunts that are seen in the movies, but they’re some of the most common since when it comes to a driving stunt a lot of people should be able to admit that the audience is easily impressed when it comes to seeing a car up on two wheels or when a driver hits a ramp and the car goes flying. Of course what a lot of people need to back up and realize is that as impressive as these maneuvers are, they’re not entirely realistic since in real life, without planning and without the control that the stuntman, or woman, has over the vehicle, this is bound to be something that can damage the vehicle and endanger the driver without any doubt. Simply coming off a ramp would nearly destroy a lot of vehicles since no matter how tough they’re built, most cars aren’t designed to withstand a forceful impact with the ground. It looks cool, and the scraping of the underside and bounce that the car can get from the impact also looks impressive. But the damage to the underside is usually going to be enough to ensure that the car won’t be running that well after the landing.

Even the hard turns aren’t going to be easy since stunt drivers take the time to learn these maneuvers and practice them quite a bit before they’re put into whatever movie or show they’re being used for. So it’s not something that anyone out of the blue can do on the highway or on a neighborhood street, since like it or not, the film crew controls the surface that the car is on and the fact that there’s enough room for such a stunt. There’s a big difference when it comes to showing off these stunts with Legos to when there’s an actual person in a car performing them, but as Rick would likely tell anyone, seeing how it’s supposed to happen in model scale does help a lot of people since it gives them a basis of what should occur, while figuring out how to make it happen is up to the stunt team. Of course, it’s necessary to make the model to scale most times so that the team can fully understand what needs to happen, but a lot of times it does feel as though the gist of it can be received by making certain that the stunt people know what’s expected by simply showing them and explaining the dynamics of it. Of course, without being a stuntperson it’s hard to say just what might go on during said meetings, but it does feel accurate to say that the utmost safety is discussed and the general idea is to be as prepared as possible when said stunt is performed.

All in all, Legos do make a great model to use for various stunts, unless they fly apart, since then it might be a little ominous and not quite as much of a confidence boost.