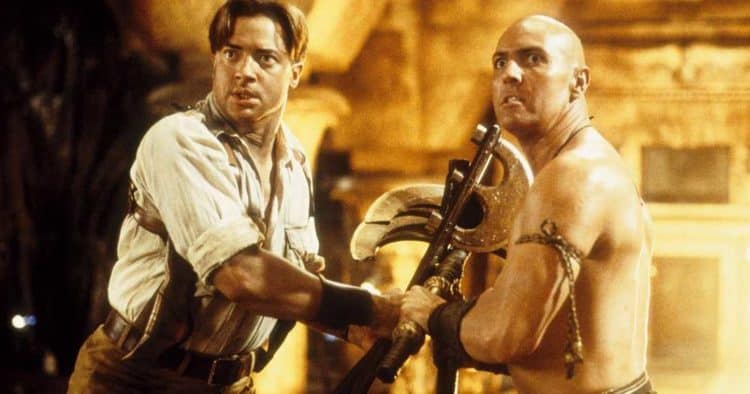 Some people are pretty brutal when they talk about how some of the most loved monster movies really haven’t stood the test of time, but some of them have been given a great look over the years, even if nothing really came of it in terms of sequels, or remakes. The Mummy has always been a great horror movie since it not only deals with the supernatural, but it invites people to really discover the history of a country that had a lot to do with ancient history and has been regarded in many different ways as one of the most interesting cultures around. There’s no doubt that the 1999 version of The Mummy has had many historians and Egyptologists cringing when they catch a glimpse of it, but one of the points in the movie is that it’s all fantasy and only pulls from actual Egyptian lore when it’s needed. If even half of the movie was accurate it would mean that the world we know is even scarier than we thought. Just imagine if curses were one hundred percent real and mummies could rise from their graves! That would actually be kind of cool, up until they became a walking plague upon the earth and all that noise.

But the effects in the movie are amazing since they were actually a little ahead of their time when it came to be shown on the big screen, and some of the other mentions in this movie are even more amazing since learning that Brendan Fraser was essentially fighting no one in the scene that showed him fighting Imhotep’s priests is eye-opening, to say the least. But from the miniature sets to the actual scene filmed in Morocco is pretty intense since it took a great deal of work to pull this movie off. One would have thought that the Tom Cruise version would have put the 1999 movie to shame, but in reality, it didn’t.

A part of it had to do with the fact that the story in the 1999 version didn’t act so deadly serious either since there was a good bit of humor to it that was allowed to blend in with the overall story. Plus, the characters were definitely over the top in some regards but meshed with one another a lot better and were able to pull off a story that was easy to deal with and accept since it was so fantastical that belief wasn’t really needed, all one had to do was watch and just have fun with it. Once a person gets into Egyptian mythology there is a LOT that was missing in this movie when it came to the explanations, but given that it had a very narrow focus it was easy to forgive this. But in terms of the effects, a lot of this movie was nothing but fun since the overall use of the effects was great enough that some people likely scoffed since it didn’t look the way they wanted, but those same people might have been amazed at how impressive it really was. A great deal of how it was all put together is more technical than I want to get in this article, but needless to say, it’s definitely worth taking a look at the video to understand how tough it is to perfect some of the effects that make so many movies come off as they do.

When all is said and done The Mummy was a great 90s movie that took from a very old idea and improved upon it in its own way, while still keeping a new and updated look that some feel honored Boris Karloff’s iconic role, while others feel that it might have been a running joke. Sadly, the two sequels that came after this initial movie didn’t really measure up when it came to the effects, since The Mummy Returns wasn’t horrible until it came to the reveal of the Scorpion King, which was CGI at one of its worst moments. The effects in the third movie weren’t horrible, but the storyline felt so horribly disjointed that it might as well have been a movie that existed in an alternate universe with all but one of the same core characters.

This movie was definitely enjoyable for what it was, an action-filled adventure with just enough humor to satisfy a lot of people and continue the careers of those who starred in it. This was when Brendan Fraser was still a hot topic in Hollywood and hadn’t yet gone on to do a disappearing act up until recent years. The other actors have gone on to do their own things as well, though it’s kind of fair to say that Rachel Weisz is probably doing the best as of late thanks to her part in Black Widow.