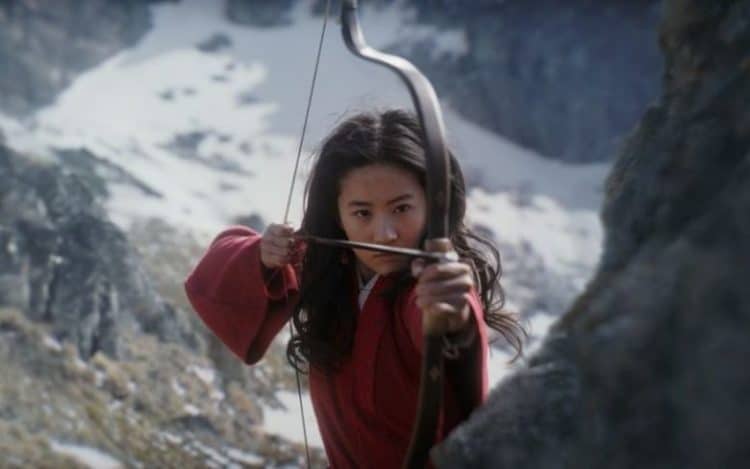 It feels accurate to say that the latest Mulan movie has managed to create a lot of controversies that the director might not have seen coming. If they did then it’s very fair to say that they disregarded them and just went for broke, and the movie is currently paying the price for it since a lot of people are still harping on the differences between the animated and the live-action movies and trying to figure out which one was better. The obvious differences that people have seen and have known about since before the movie came are things such as the lack of music, no Mushu, no Crick-ee, and obvious differences in the story that many people found quickly and did or didn’t approve of. When it comes to this type of a movie though, which is based on a Chinese folk tale, there are bound to be differences when it comes to animation and live-action, but there’s a bit of hypocrisy at play as well since the whole idea of Mushu could have probably been kept in, but without the voice of Eddie Murphy and without the antics. Instead, Disney went with a phoenix, which is still an impressive creature but not quite what people were hoping for, and a witch that could change form into a bird. Seriously, did no one see the hypocrisy in this? It’s true that the Chinese might think that their culture is being marginalized by using a dragon in a movie about a Chinese hero, but at the same time the idea that the movie wanted a little more realism and instead went to the fantasy route isn’t even sleight of hand, it’s just lazy.

The rest of the movie can be forgiven for the most part since it did adhere strongly to the original story according to many people and it did manage to tell a compelling story at that. But again, the main crowd that was hoping for something better was more than a bit disappointed by what wasn’t included in the movie, and it’s because of this, in part, that people are still talking, since otherwise, people would be going on and on about how great the movie was, and ads would be running constantly so as to inspire people to go see the movie. Another factor that doesn’t work in the movie’s favor is one that can’t be helped since COVID-19 pretty much shut down every theater possible, except for drive-in theaters, which a lot of big movies aren’t making use of, which is kind of hard to believe since they might actually start making their money back considering that people are willing to go out and watch the movies that are being presented. Mulan was given a different treatment though as the movie was brought to streaming on Disney+, where it was included for an added $30 charge that a lot of people had something to say about. It’s understood that studios are losing money on movies that have been made or that were in the process of being made when the coronavirus struck, but asking people to pay an added price for a streaming movie when many folks are already strapped for funds is kind hard to imagine.

The lack of music in the live-action movie was attributed to the fact that the story was supposed to be more serious and less jovial, but it is apparent that the background music was cleverly added in during certain scenes to appeal to fans of the animated movie. Unfortunately, that’s kind of like allowing a person to smell a meal but denying them a taste of it at the same time. Some folks might have been satisfied with the gesture, but many others were a bit disappointed that such a thing was done. Seriously though, much of what’s been said about this movie is subjective and based upon what people wanted, not really what they received. There are still people that did enjoy this movie, though the voices of those that didn’t are a bit louder as they’ve made it plain and clear just how they feel and that they’re extremely disappointed that it wasn’t more like the animated version. It could be that this is a good thing really, but there were moments in the live-action movie when changes could have been made to make it a little more appealing for the fans, without having to kowtow to them entirely. Too often it’s seen that filmmakers don’t want to entertain the thought of a compromise since they want things their way and won’t be turned from them. Of course, the fans are no better since far too often they rail against anything they don’t like and will call for a remake or a reboot before demanding that the current movie be stricken from canon. Oh yes, it happens.